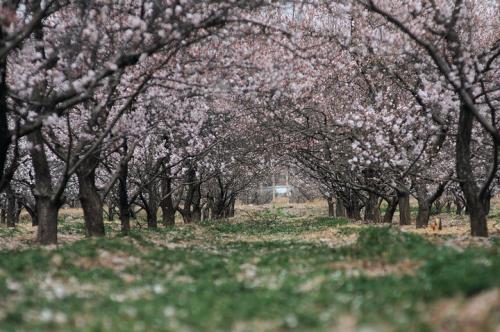 Badachu Park is well known for its eight ancient temples and twelve natural scenes, no matter when you come to this park, you’ll appreciate breathtaking scenery along the way. At the same time, you’ll absorb knowledge and history of Chinese Buddhist Temples.

Park, well known for its eight ancient temples and twelve natural scenes, is located at the south foot of. It covers an area of 253 hectares with its highest peak 464 meters.

It’s a national 4A scenic area, and aand quaint Buddhistin Beijingwarm winter and cool summer because of its vegetation area is up to 97.4%. Different species and rare valuable trees grow healthily on the fertile and watery soil.

Literally called Temple of Divine Light, Lingguang Temple was built in Tang dynasty with the history for more than 1300 years, it cost 23 years to reconstruct after it’s been burned down by eight imperialist invaders in 1900. Now it has the rarest tooth Stupa in the towering pagoda, and grand walls with Heart Sutra and 500 curved Arhats in different postures and expressions, and it also keeps the pictures of pagodas from Liao dynasty. Hence it's the main temple for worshiping and praying for tourists.

Dabei Temple built during Song and Liao dynasties with the history for more than 900 years. 18 arhats, sculpted by well-known sculptor Yuan Liu, were placed in the main hall with vivid gestures and various moods.

Xiangjie Temple in symmetrical layout provides a set of complete Buddhists statues and sacrificial offering, and the most valuable item is the royal monument in the front of the main hall carving with calligraphy from three emperors in Qing dynasty-Kangxi, Qianglong and Jiaqing.

Besides, twelve natural scenes will show in different season or weather,you might feel a sense of tranquility and enjoyment from peak overlooking, see apricot forest in spring, clouds after rain, beautiful sunset at Lushi Mountain, flood after rain, liquid spring in the valley, sunshine in the reflection of branches of trees, moonlight, red leaves in late autumn, lush forests and a shiny world blanketed with snow, and appreciate filmy smoke while cuckoos making the sound. No matter when you come to this park, you’ll appreciate its unique and alluring beauty.

And the park also holds some great activities, such as tea ceremony in spring, climb up to the summit on 9th September(Double Nine Festival) and temple fair in winter.

It provides cable car and toboggan, so you can try something exciting entertainment facility while appreciating stunning scenery along the way.