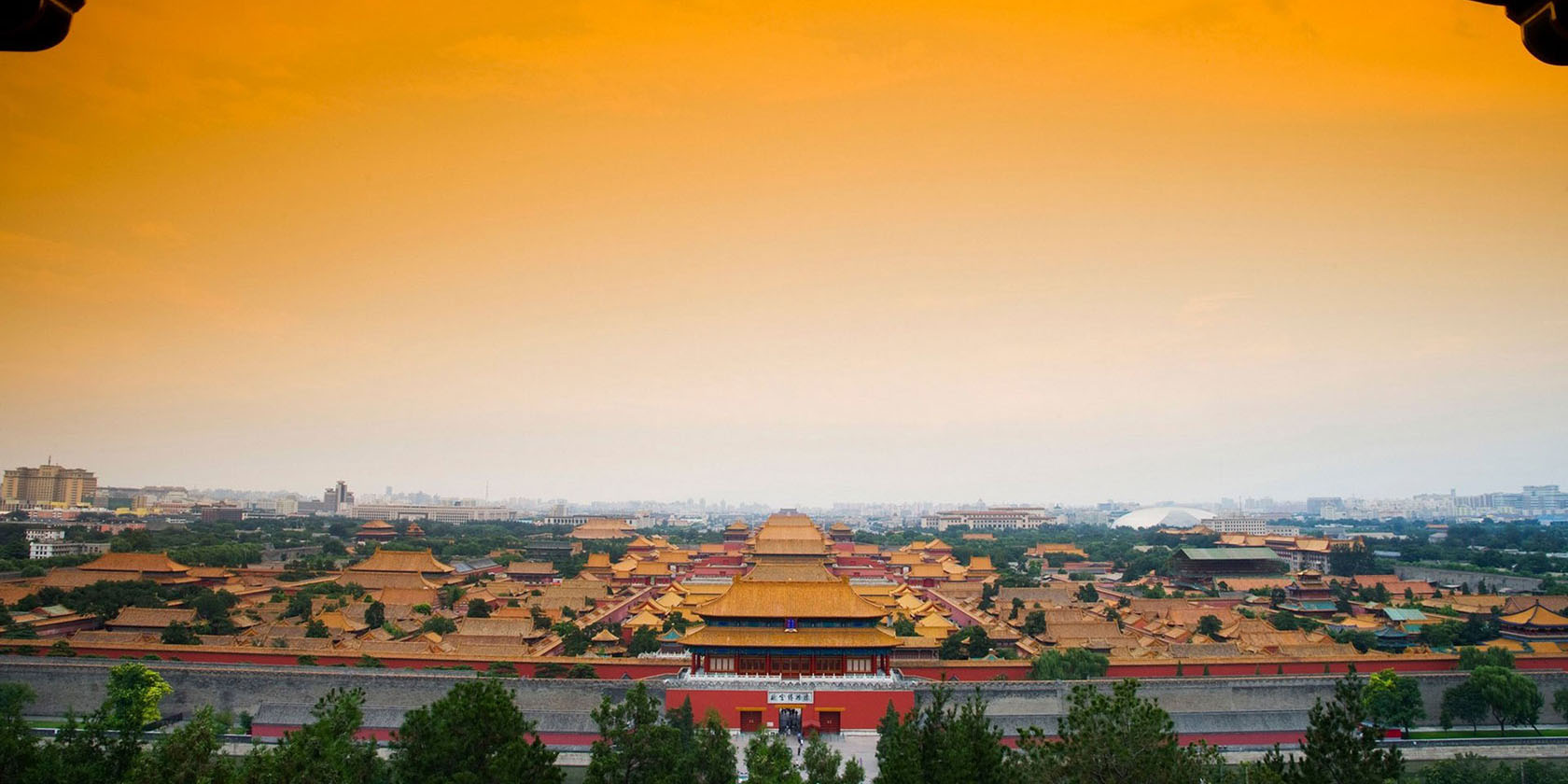 The Forbidden City has now become recognized as one of the five most important palaces in the world. It was declared a World Heritage Site in 1987, and is listed by UNESCO as the largest collection of preserved ancient wooden structures in the world.

Upon the establishment of the Ming Dynasty, the Hongwu Emperor moved the capital from Beijing in the north to Nanjing in the south, and ordered to burn down the Yuan palaces. When his son Zhu Di became the Yongle Emperor, he moved the capital back to Beijing, and the construction of Forbidden City began in 1406. The construction lasted 15 years, and required more than a million workers. Material used include whole logs of precious Phoebe zhennan wood found in the jungles of south-western China, and large blocks of marble from quarries near Beijing. The floors of major halls were paved with "golden bricks".

The Forbidden City, situated in the very heart of Beijing, was home to 24 emperors of the Ming (1368–1644) and Qing (1644–1911) Dynasties. In ancient times, the emperor claimed to be the son of Heaven, and therefore Heaven’s supreme power was bestowed upon him. The emperors' residence on earth was built as a replica of the "Purple Palace where God was thought to live in Heaven". Such a divine place was certainly forbidden to ordinary people and that is why the Forbidden City is so named. 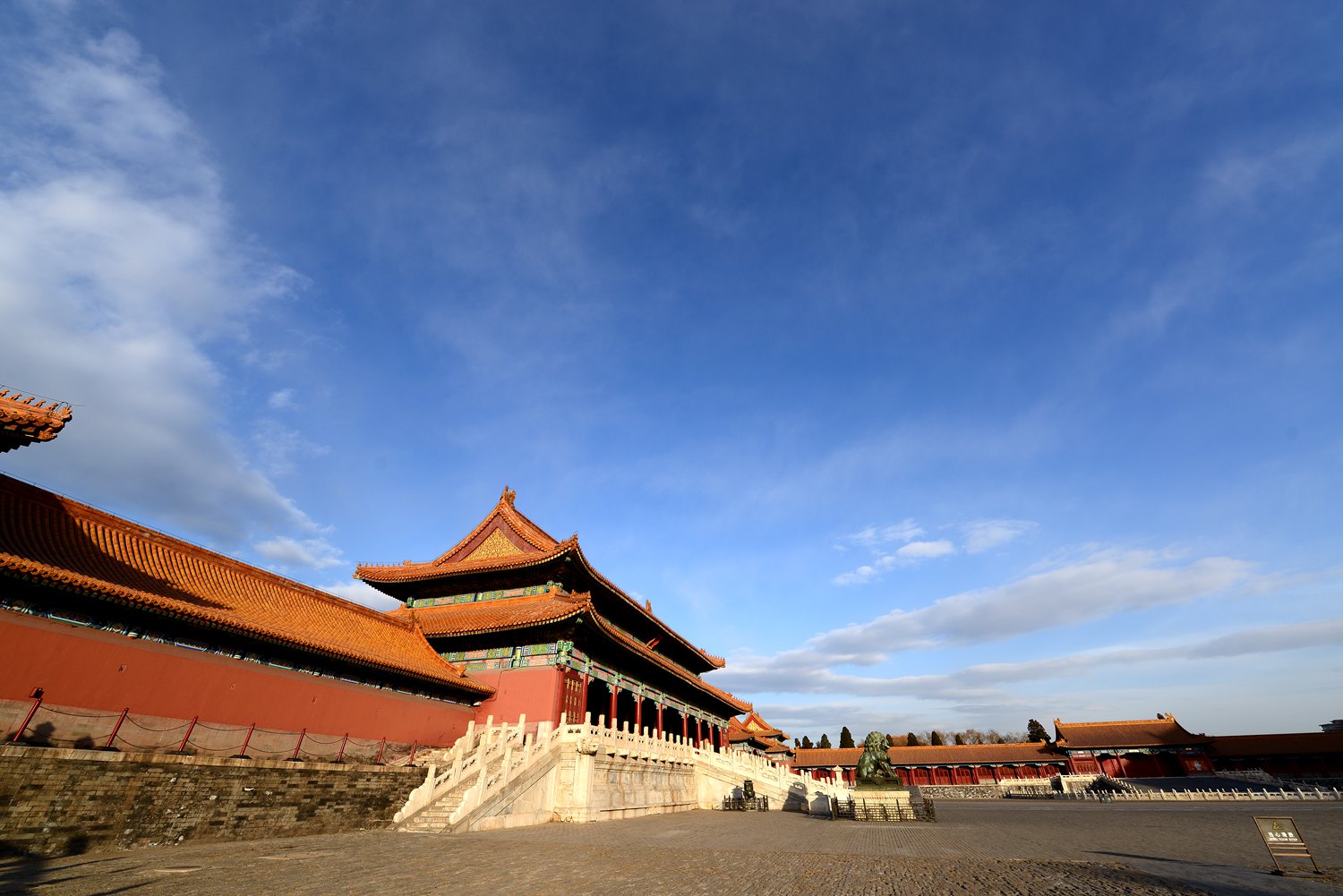 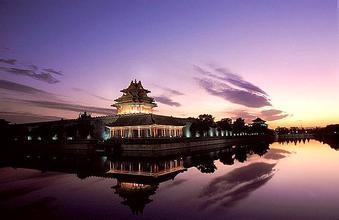 The Forbidden City is the world's largest surviving palace complex and covers 72 hectare . It is a 961 meters from north to south and 753 meters from east to west. It consists of 980 surviving buildings with 8,707 rooms. The Forbidden City was designed to be the centre of the ancient Beijing. It is enclosed in a larger, walled area called the Imperial City. The Imperial City is, in turn, enclosed by the Inner City; to its south lays the Outer City. 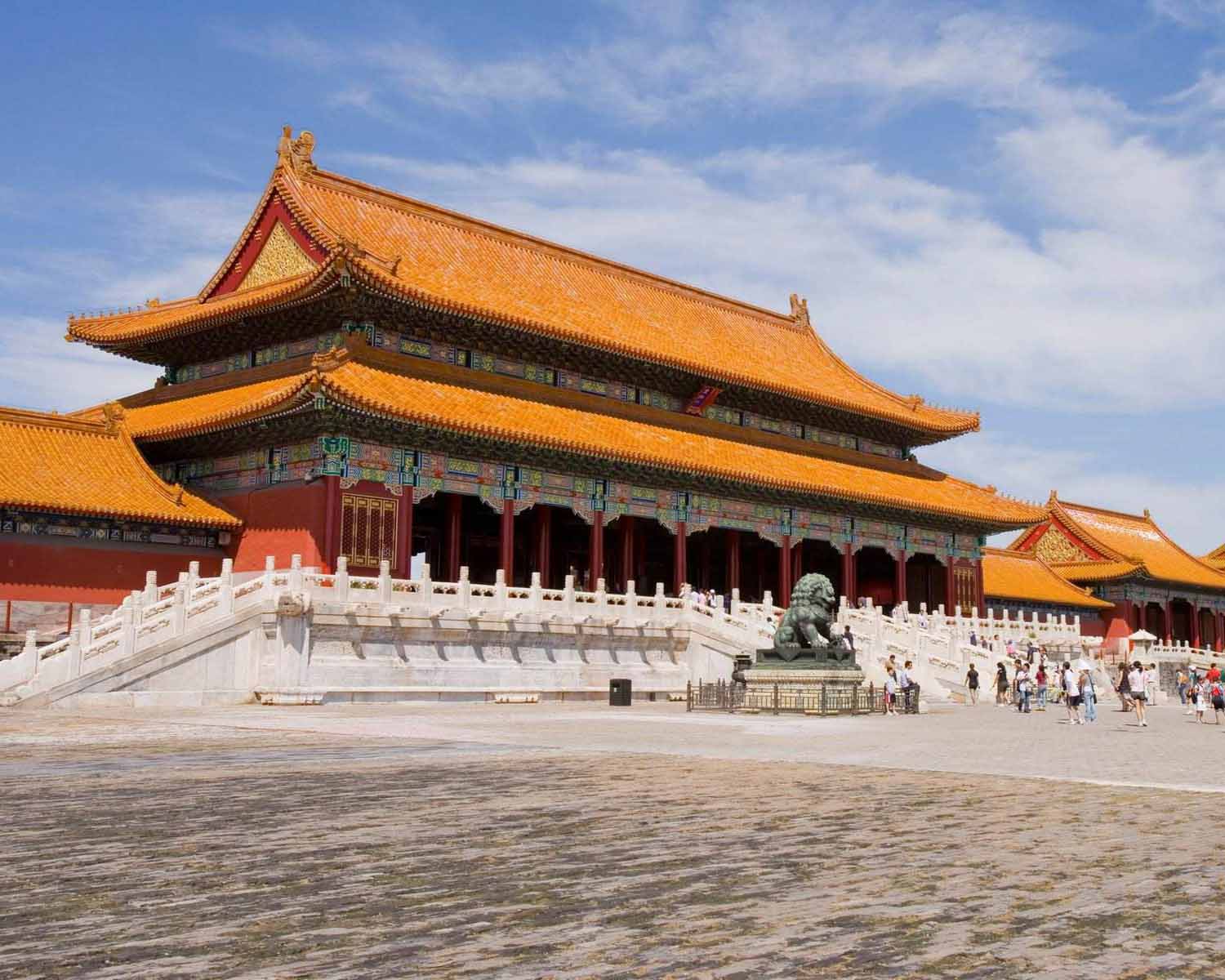 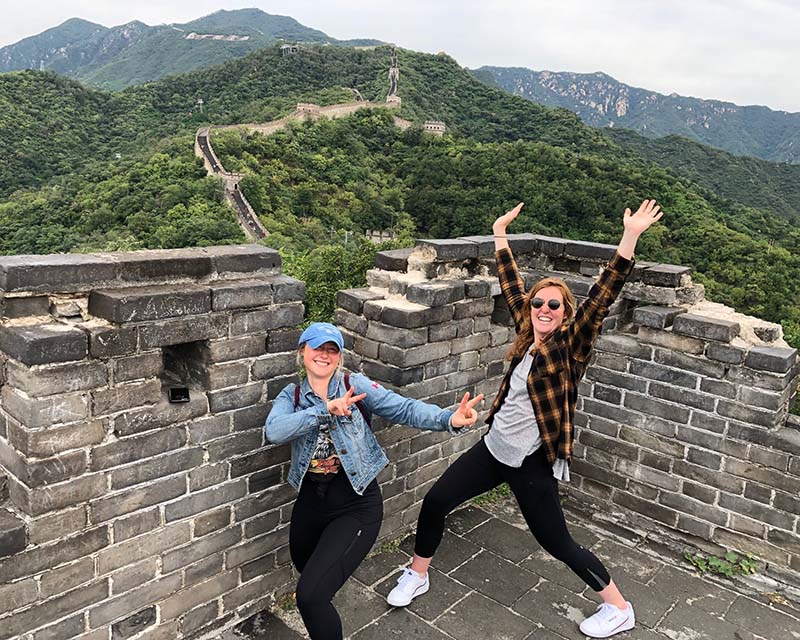 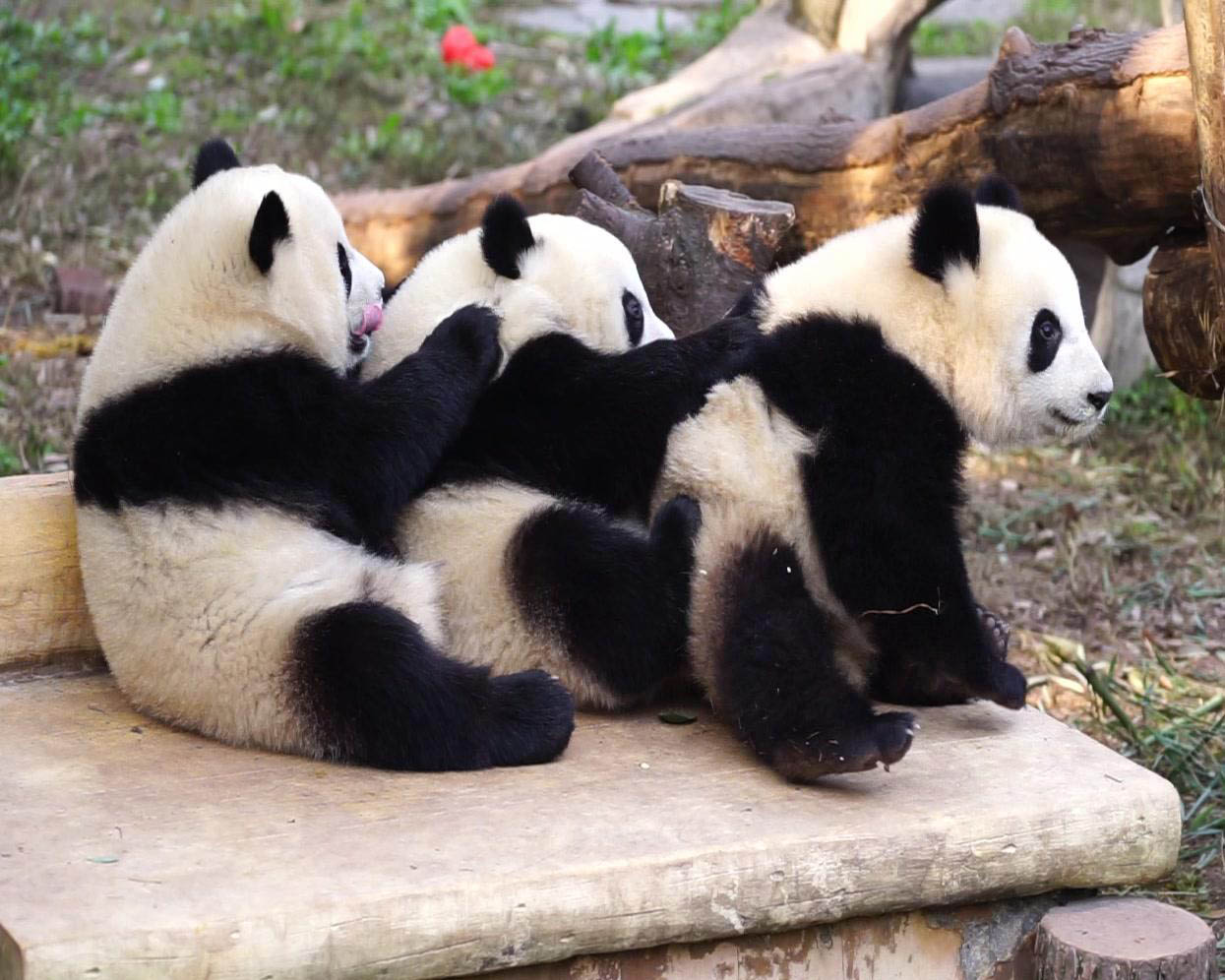 You'll travel to historical Beijing and Xi'an city, the hometown of panda-Chengdu and modern Shanghai. Experience Chinese high-speed bullet train and get close to giant pandas for being a volunteer, taste the various delicious local food, enjoy a series of recreation activities on the tour. You'll be deeply fascinated by Chinese history, culture and modernity. 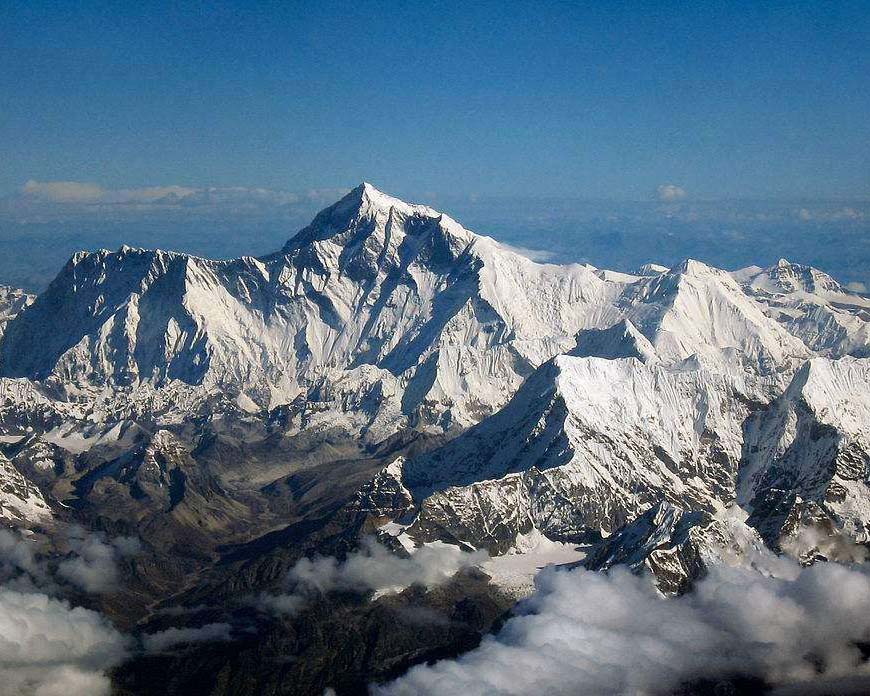 Travel from historic Beijing to the roof of the world-Tibet, conquer the highest mountain in the world-Mount Everest, explore top-rated relics sites such as Forbidden City, Great Wall and Potala Palace, enjoy one of the sacred lakes in Tibet-Yamdrok Lake, you'll reward a once-in-a-life travel experience in China. 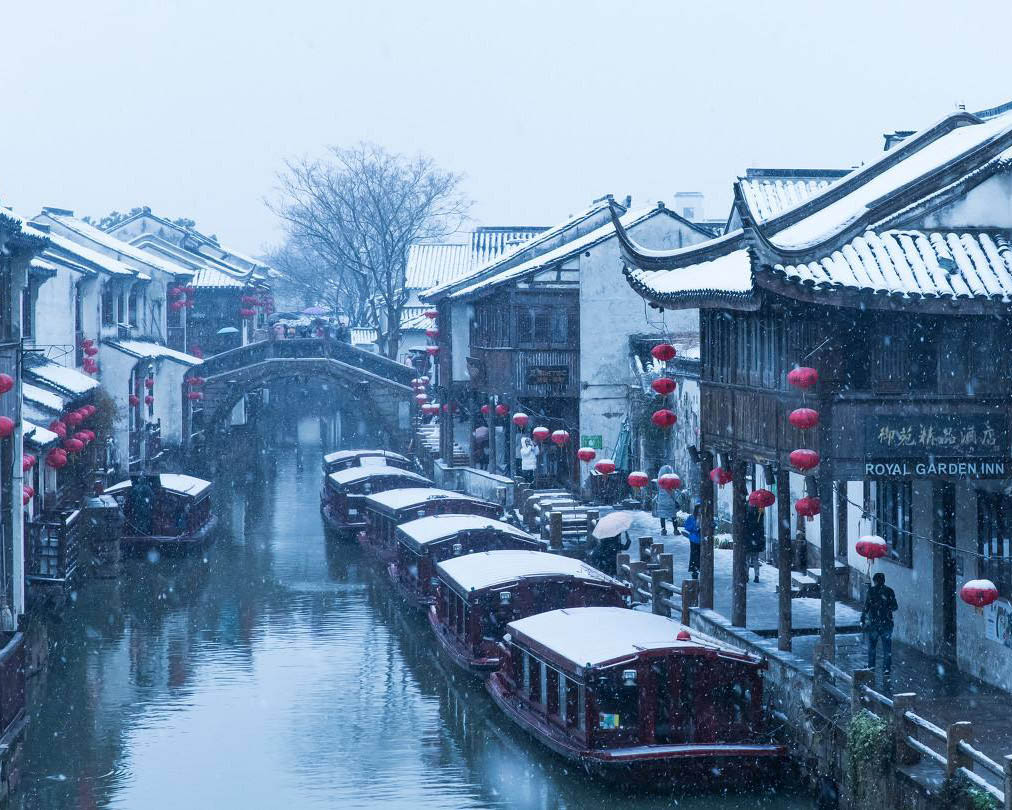 This eye-opening journey introduces you to the history, culture, nature, and traditional life in China. The adventure begins in Beijing, China’s political and cultural capital. From Beijing, the scene shifts to Xi'an, once emperors' throne for the most powerful dynasties. Later en route to Shanghai, a dynamic city which cast the shade of glimmering skyscrapers. The last stop will be Suzhou and Hangzhou where boasting the most scenic southeast water land in China. 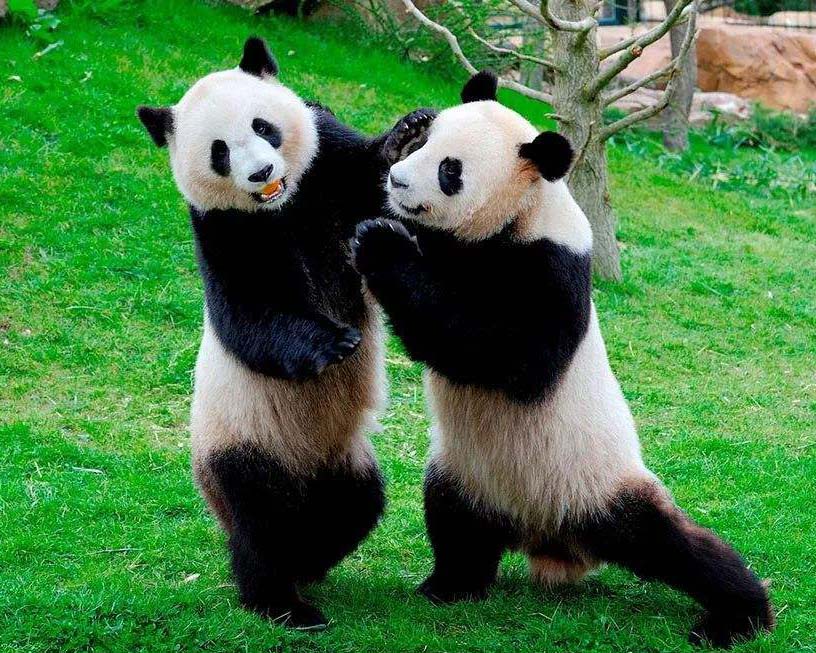 Encounter millennium culture and regions with visits to some of China's greatest and most intriguing ancient sights. In the tour, discover the imperial treasures of Beijing including Forbidden City and Great Wall; delve into cultural life of Datong, Taiyuan and Pingyao covering UNESCO heritage Yungang Grottoes and Pingyao Ancient City; soak into the momentous Terracotta Warriors in Xian; spend time with the lovable giant pandas in Chengdu; and culminate with Leshan Giant Buddha. An economic option tour but provided with an all-inclusive package covering hotel, driver, a guide and nice lunch en route. What is more, inter-city commune by bullet train makes the trip more scenic, economical and efficient.