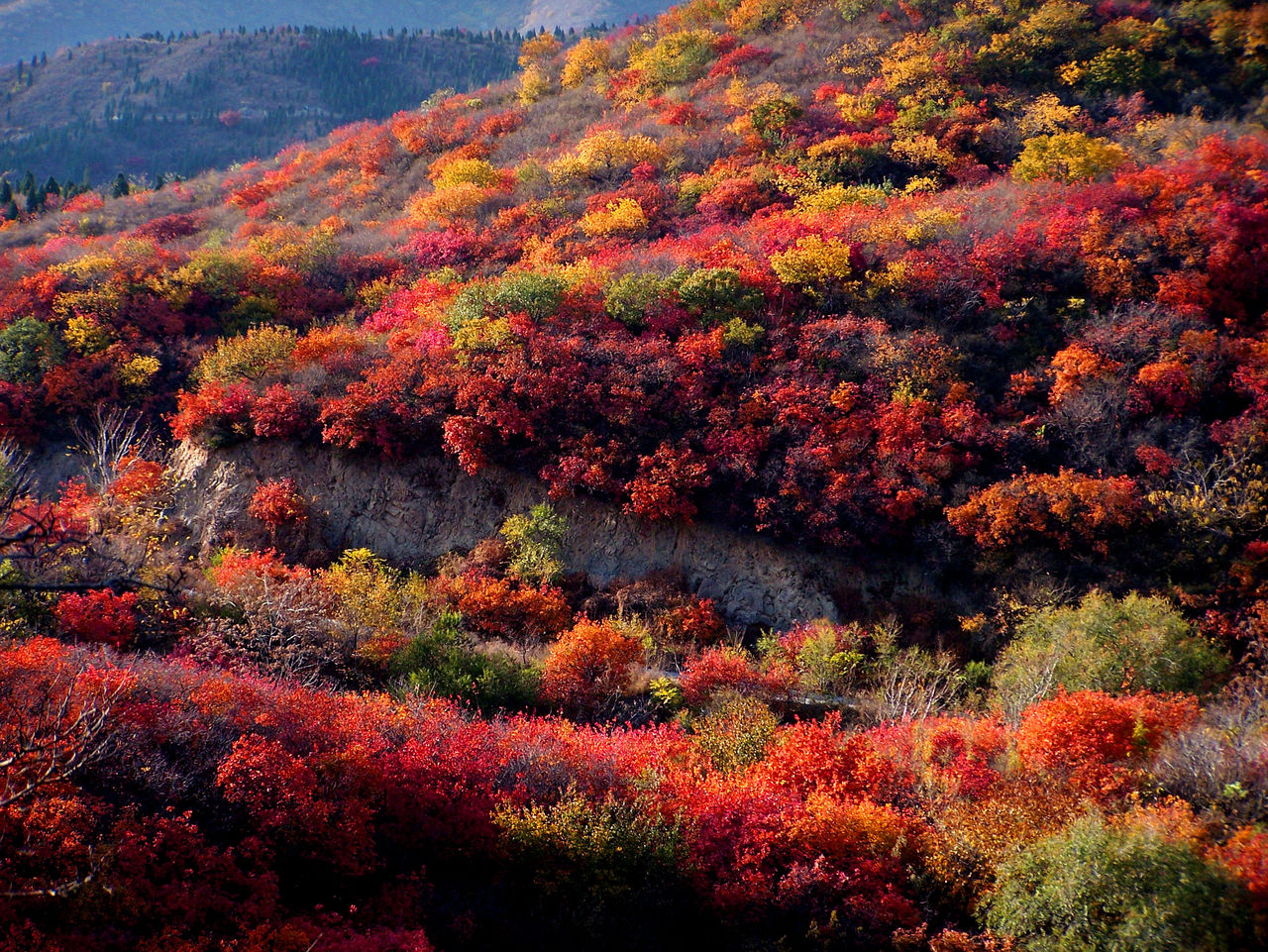 Long been praised for the red leaves in autumn, and it's also a botanical garden and historical sites in China. Explore ancient temples and appreciate enchant scenery along the way. A good place for hiking and escaping from the bustling Beijing.

Fragrant Hill Park is an imperial garden at the foot of Western Mountains, on the northwestern in the Beijing city, covering 160 hectares. It was established in 1186 during the Jin dynasty(1115-1234) and expanded during Yuan and Ming dynasties, and it stands has more than 900 years. In 1745, Emperor Qianlong expanded the park, wrote a poem for it and titled Jingyi Palace, meaning it’s a tranquil and peaceful garden. However, British troops and Eight-Nation Alliance caused a destructive damage to the park and took away the precious treasures. After extensive reconstruction and maintaining, it becomes vibrant and beautiful.

The park is recognized as one of the major tourist attractions in fall since the red maple tree leaves blanket all over the mountain, thousands of tourists come to visit this park to appreciate stunning and splendid scenery by cable car or hike. Besides, there are tremendous precious ancient trees, like pine, cypress, smoke trees and persimmon trees. And it also forms concentrated flowers sightseeing area, such as apricot, apricot, plum and clove, when you entering this park, you might think you go to the botanical garden appreciating this colorful world.

The main peak is Censer Peak, literally Incense-burner Peak, 575 meters high. On the top of the peak, there are two giant stalactites looking like censers, hence it got the name. The peak is steep so that visitors will consume lots of energy and strength, it has another nickname" devilishly hard to achieve", meaning the ghost will be sad to climb this mountain. You can take a cable car to enjoy the beautiful scenery.

One of the famous attraction is Sun Yat-sen Memorial Hall, Sun Yat-sen who is called “the father of modern China” died on March 12th, 1925 in Beijing. His coffin was placed here and held a ceremony before being transferred to Nanjing.

The Fragrant Hill Temple, which built along the mountain with spectacular decoration and awe-inspiring scenery, was crowned the largest and historical temple among Western Mountains. It was once one of the twenty-eight sights in Fragrant Hill Park, and it only remained time-honored stone screen, stone monument and stone stairs in the front of the main hall after destruction. After being repaired for five years, it opened to the public in 2017.

The Glazed Pagoda, 30 meters high, is the only pagoda in the garden. Decorated with olivine-colored glaze for its body and yellow-colored glaze for the top of the pagoda, curving with Buddha and placing copper bells for each storey, the pagoda looks stunning.