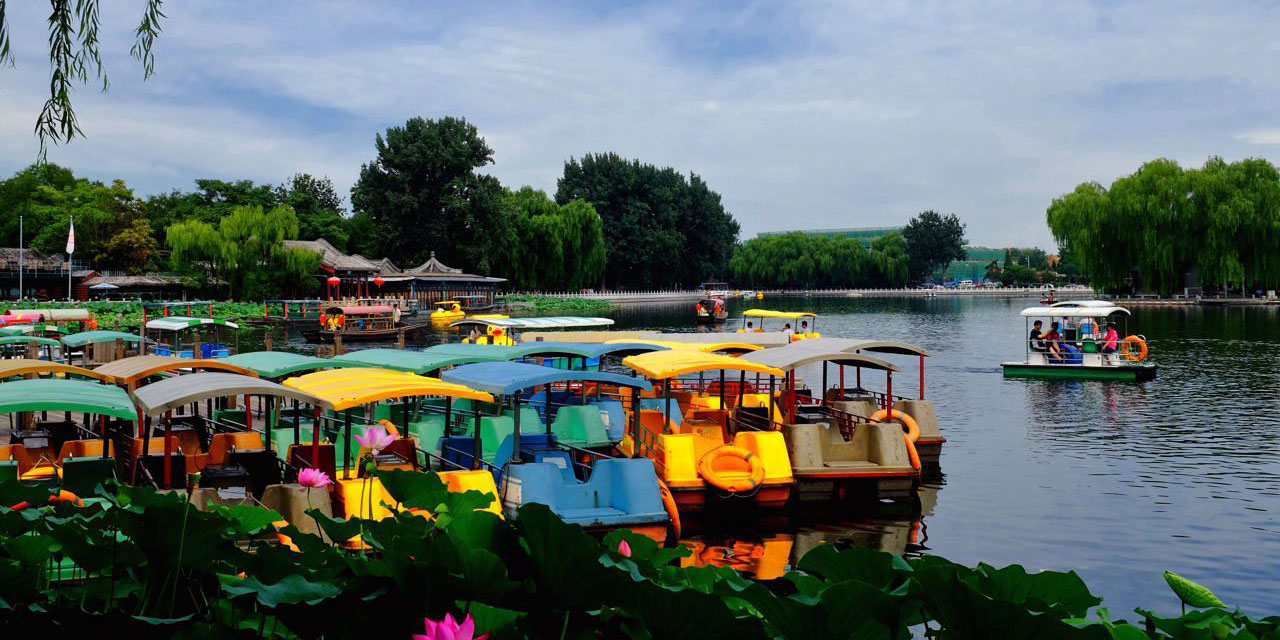 Located in the southwest of the Drum Tower in beautiful surroundings, Houhai Lake has a history of about 700 years in the Yuan Dynasty (1279-1368). It assumed its present name in the Ming Dynasty (1368-1644). Strolling along its shoreline, the visitor can appreciate the lake’s glimmering blue water, its graceful weeping willows, its twisting railings and the flower-and-tree-covered central island. Pleasure boats are available for rowing and the banks are amply provided with shady places to rest. A swimming area in the lake is open every summer. 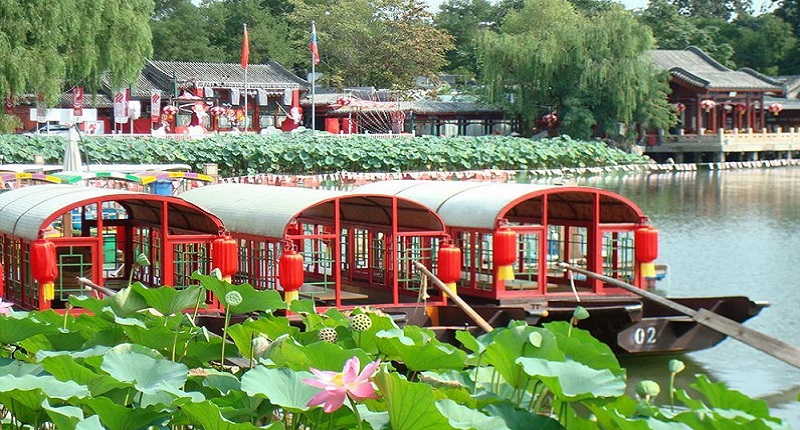 Houhai Scenic Zone, beginning from the Second Ring Road in the north to Ping'an Avenue in the south and from Di'anmenwai Street in the east to Xingjiekou Street in the west, is a paradise for tourists. It encompasses 146.7 hectares. The Zone is the only area in the city center where vast open waters, comprised by Xihai (West Lake), Houhai(back or Rear Lake) and Qianhai (Front Lake ) lakes, exist. More than 40 units for protection of historical relics are located there. They include the former residence of honorary president of People's Republic of China Soong Ching Ling(1893-1981); Guo Moruo(1892-1978) Museum, which is devoted to the famous writer, poet and historian; and Guanghua Temple. 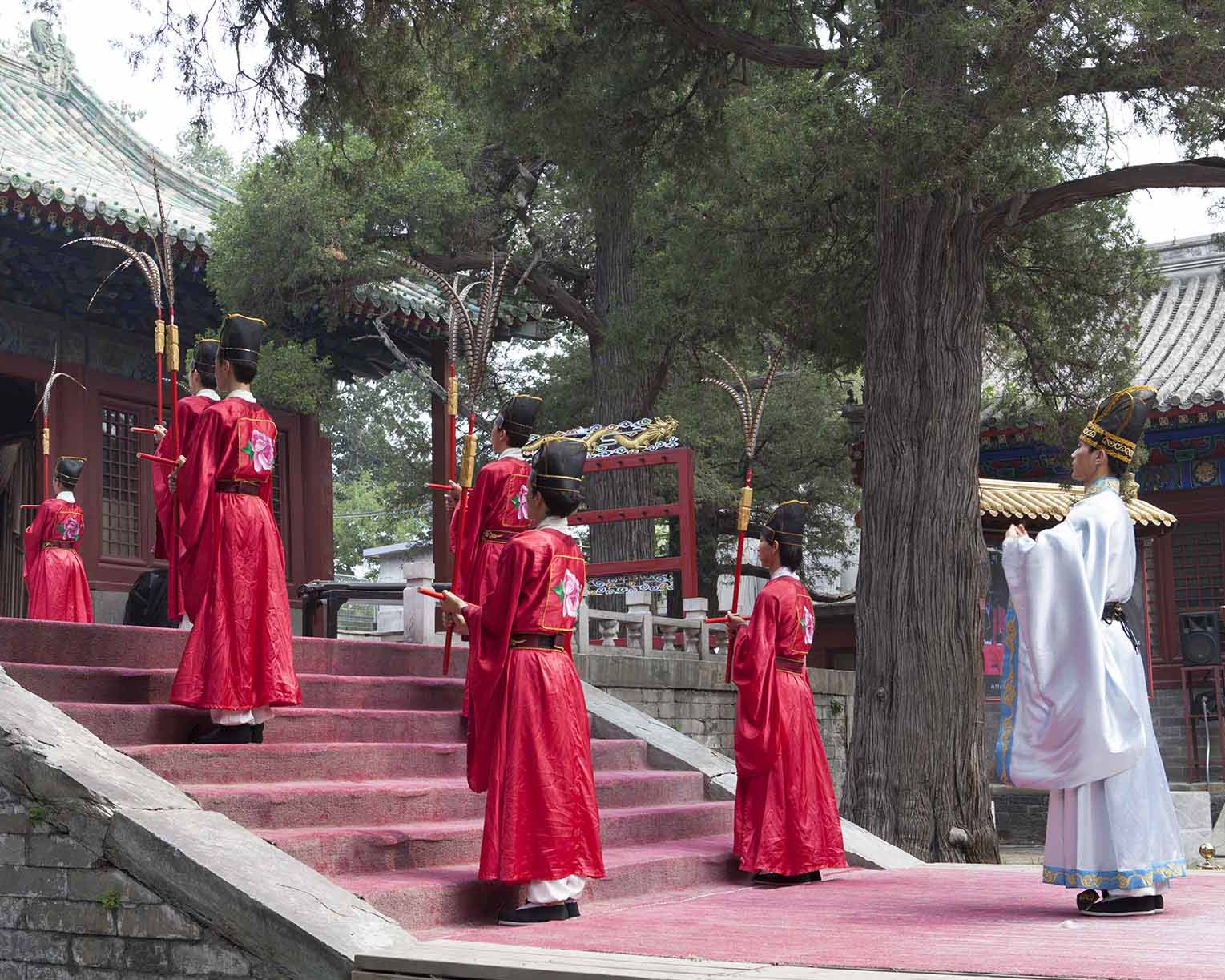 Half day tour in Beijing including Lama temple, confucious temple and Hutong plus a homemade lunch

This well-organized tour has different sightseeing spots which will ensure that you make the most of your limited 6 hours in Beijing. Marvel at the tallest Buddha in the world made by Sandalwood tree at the Lama temple, visit Beijing Capital Museum which used to be Temple of Confucius in Beijing, enjoy a rickshaw ride through the winding, narrow alleys and have a nice home-made lunch. Get to fully enjoy old authentic Beijing. 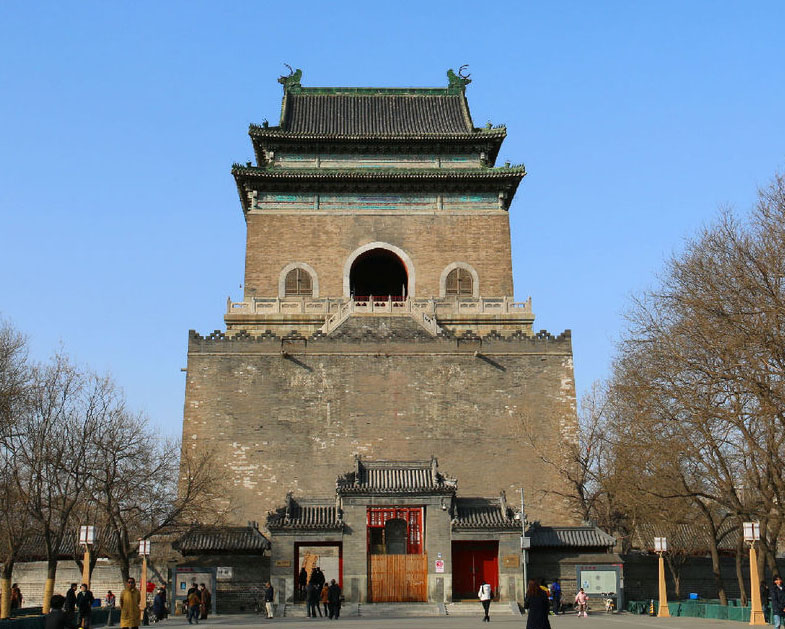 Beijing private day tour for discovering the past vs the present

Clamber into the traditional mode of transport and discover an alternative side of Beijing; see locals going about their daily life; visit a local home to gain insight into ancient Chinese customs and culture; land on the top of Jingshan Park for a bird's-eye view of the whole of the Forbidden City, experience the center of traditional Beijing from outside the Bell and Drum Tower; keep an everlasting memory by taking snapshots of Olympic Center and enjoy convenient round-trip transportation from your hotel on this enriching tour. 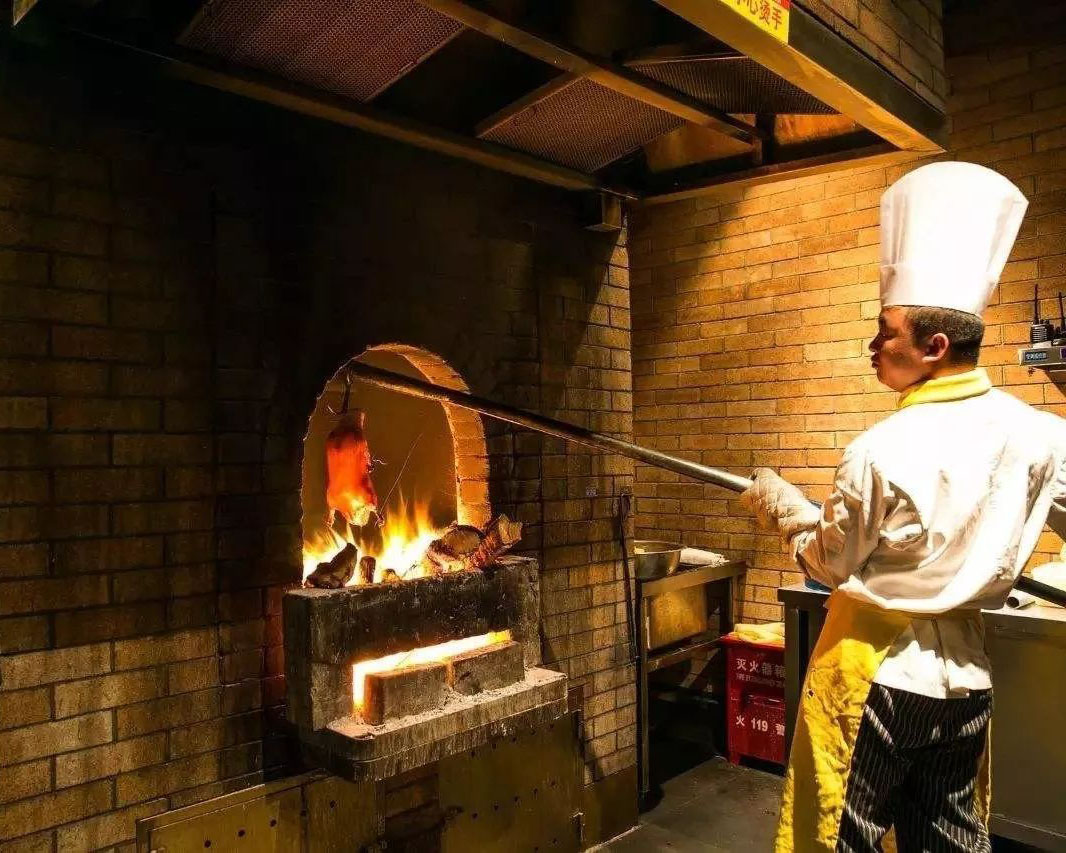 Beijing cuisine enjoys international fame for the variety of dishes developed in the imperial kitchens. None is more universally renowned than Peking Roast Duck. Esteemed by gourmets for its mouth-watering aroma, tempting appearance and delicate taste, there are secrets in the cooking, skill in the preparation and serving and delight in the tasting. The crispy skin and the juicy meat leave a deep impression on first-time consumers during their Beijing trip. This night tour also bring visitors to enjoy the charming night view of Beijing, including Wangfujing Street, Tiananmen Square and Houhai Lake. 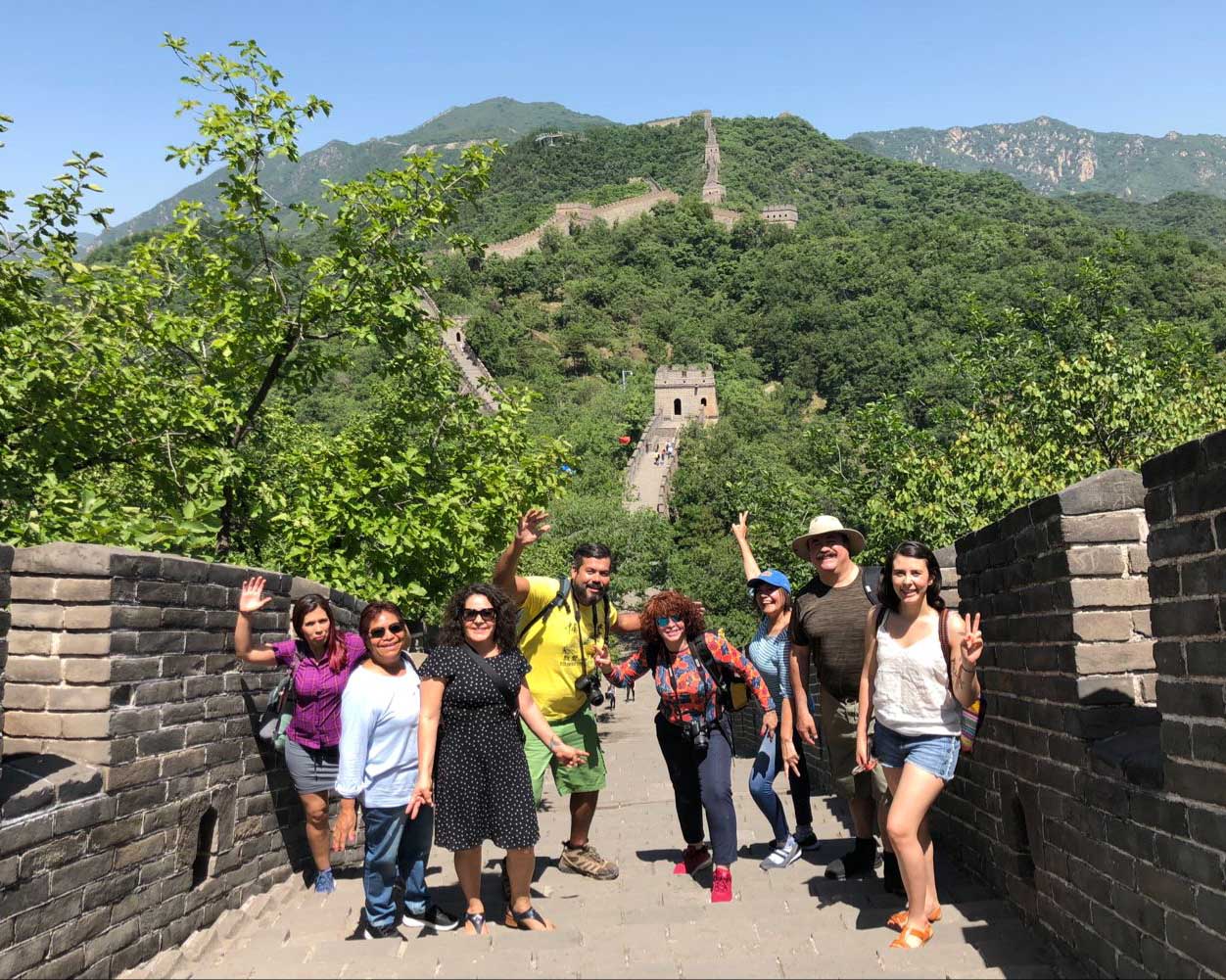 All regular attractions are cut out and only the best highlights are included on this 4 days Beijing tour. In the face of being a modern 21st-century city, Beijing still has a profound collection of ancient attractions and a concise of interesting culture. The tour will let you see Beijing from its royal history to the modern brilliance. It is a private tour catering to your own needs and speed.