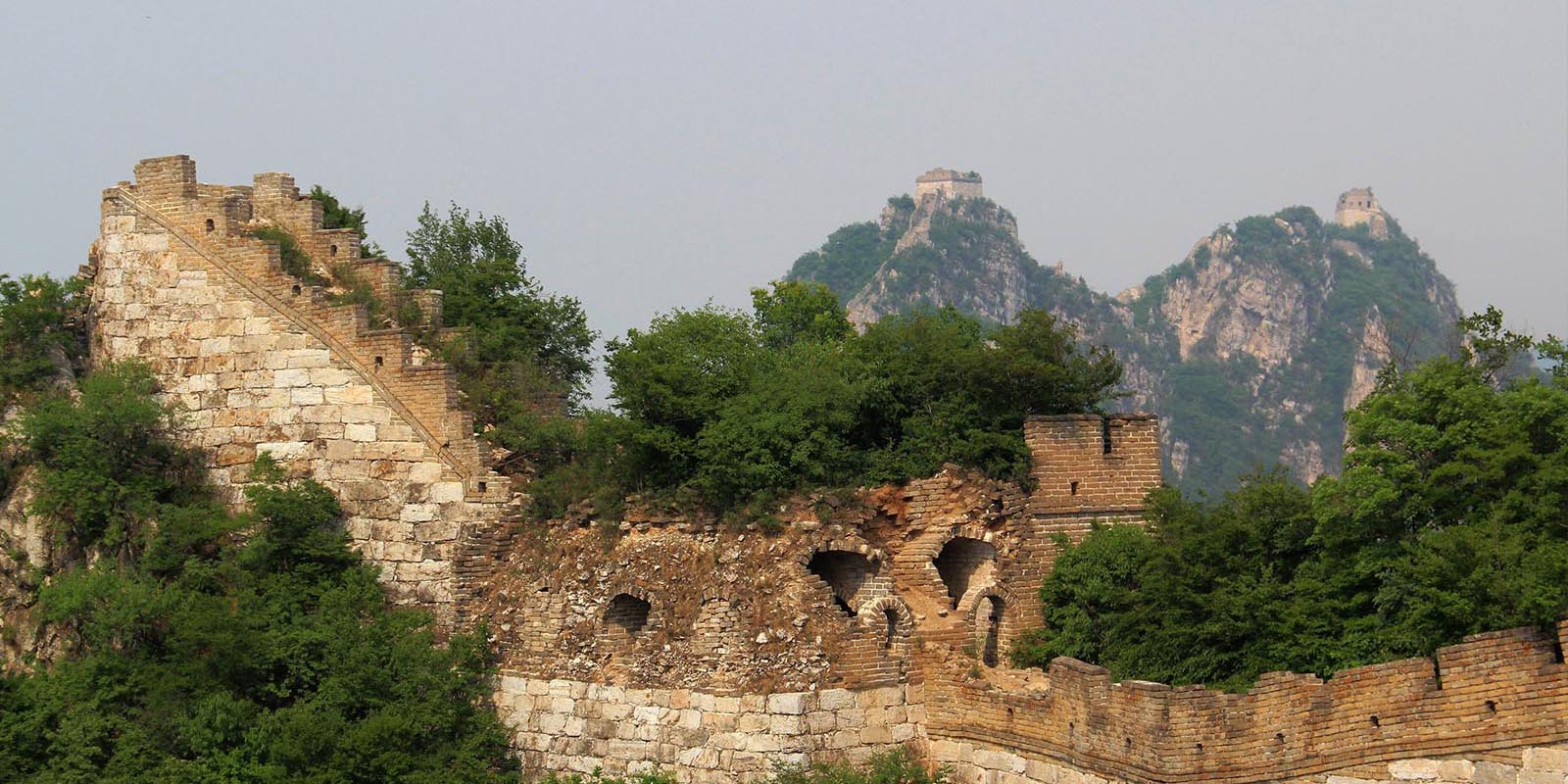 Jiankou Great Wall is one of the most dangerous and wild Great Wall sections. It is also the most photographed section due to its precipitous mountains, unique construction style, and attractive scenery. It's only recommended for experienced and sure-footed mountain hikers.

Jiankou great wall is regarded by some people as the most picturesque section of Great Wall and is a good example of "Wild Great Wall". It  becomes a popular photographic hotspot and hiking destination in recent days. Jiankou is translated as "Arrow Nock" in English, since the shape of the mountains where the walll was built is like an arrow with the collpased ridge opening as its arrow nock. The main section of the wall was built along the ridges with steep cliffs on each side. Therefore, you have to rather healthful and careful if you climb this section. 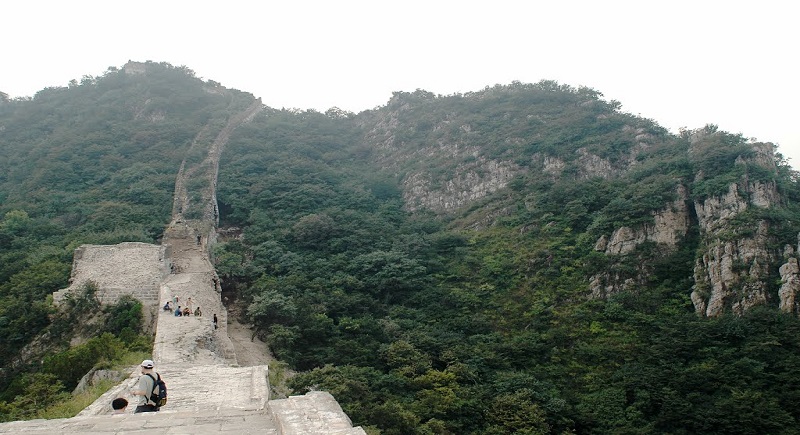 Jiankou Great Wall is located at Xizhaizi Village, 30 km from Huairou District, and 70 km from Beijing. It will take a two-hour driving from Beijing downtown. Originally Jiankou Great Wall was built in Tang Dynasty and was restored largely in the Ming Dynasty. It connects to Mutianyu Great Wall in the east and Huanghuacheng Great Wall in the west. It’s the most dangerous and steep section of all Ming Dynasty Great Wall. It stretches from "The Ox Horn Edge Wall" in the east to "The Nine-Eye Tower" in the north via "The Beijing Knot" with total length of 9.3 miles. Different from the building material - bricks - at Mutianyu and Simatai sections, Jiankou section was mainly built with local material - dolomite, which made the base of the wall harder and stronger. Therefore, Jiankou section is more steeper, higher and stronger compared with other sections of the Great Wall near Beijing. At the foot of the Xizhaizi village, you will see the clear dolomite base of the Great Wall.

Jiankou Great Wall consists of 28 towers, and the most popular towers includes: The Nine-Eye Tower, The Beijing Knot and Stairway to the Heaven. One section called 38 Big Steps is really steep with an angle of 80 degrees. Zhengbeilou Tower is the right place to appreciate the beauty of sunrise and sunset. 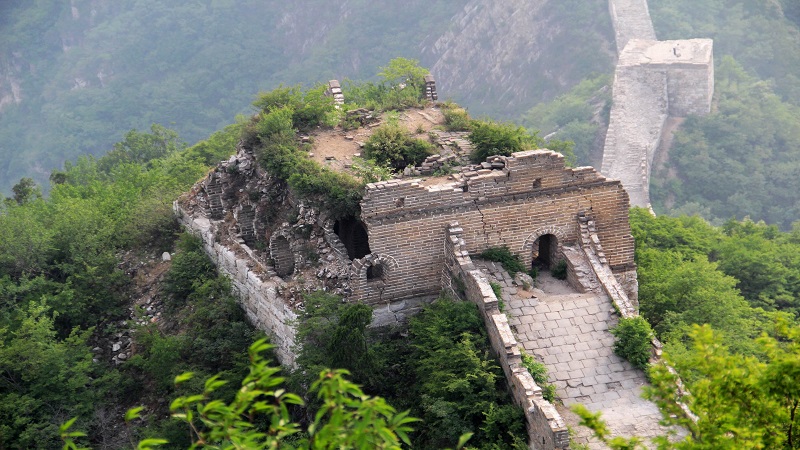 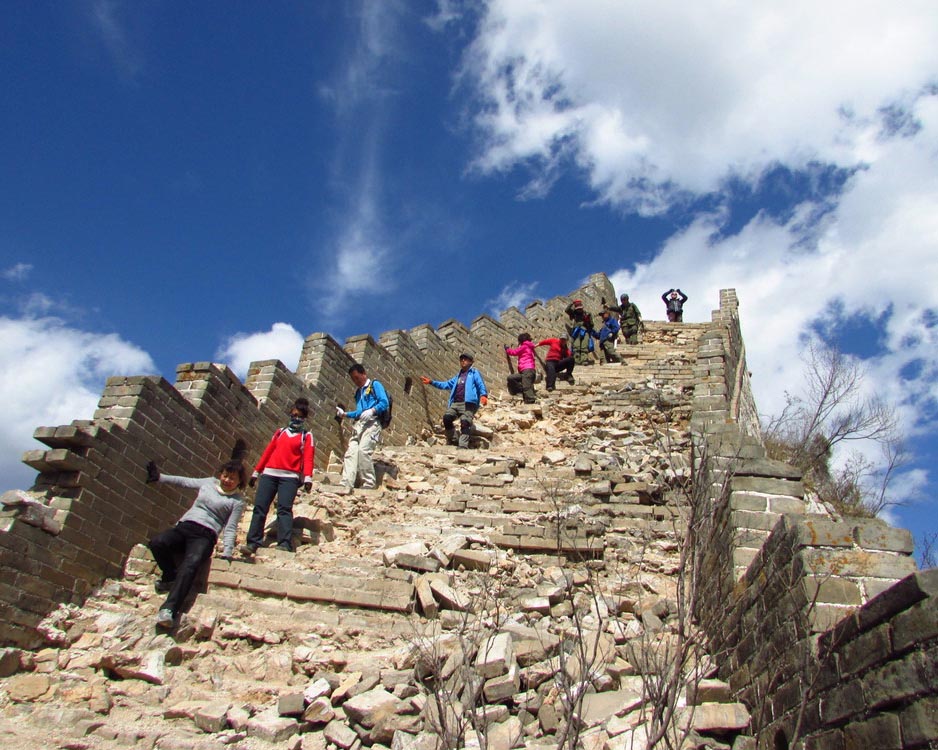 If you are a hiking and photography enthusiast, this trekking tour is absolutely customized for you that takes you from the wild, unrestored Jiankou section to the well-known stretch at Mutianyu. Discover the Great Wall in its renovated and unrenovated states as you hike with a private guide, following a route that would be almost impossible to find independently. Tour includes lunch and round-trip transportation.