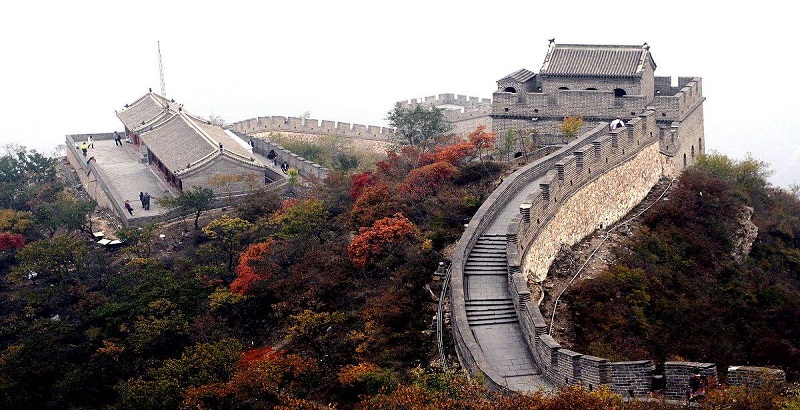 Juyongguan Pass is the No.1 impregnable pass in the world, appreciate grand Great Walls, undulating crenels in the lush forest, delve into the historical exquisite stone carvings and explore time-honored Chinese architectures and arts.

The Juyongguan Section of Great Wall is in Changping District, fifty kilometers to downtown Beijing. The Juyongguan Pass has always been strategically important because of its special geographical condition and dangerous landscape. Juyongguan has two passes, one in the south and the other in the north, which the latter has been known as Juyongguan Pass. The pass we see today is the site that has been built under the supervision of Xu Da, a general of Zhu Yuanzhang, the First Emperor of the Ming Dynasty. It was the northwestern gate of ancient Beijing City.

Both sides of the Juyongguan Pass are steep mountains. In the middle, there is a deep valley of a length of 18 kilometers. It is green all around with many high verdant peaks stood.

The rebuilding and expansion had been made in the Ming dynasty. And in late Qing dynasty, it was abandoned due to the chaotic situation of the time. However, now it is still being a window for people who would like to know more about the military history and culture of ancient China. Juyong Pass ranks as the first of the three impregnable passes along the Great Wall (the other two are Jiayuguan Pass and Shanhaiguan Pass).

Besides the ancient wall, many old buildings, like towers and temples, can be seen there. Stairs on the western part are quite steep while the other side is gentler, suitable for people who are energetic and those who are weak in sports.

In the middle of Juyong Pass, there is a "Cloud Platform" with another name of "Crossing Street Tower". The Cloud Platform is pierced by a hexagonal arched gateway. Both the ceiling and facades are covered with Buddhist carvings, including depictions of the Four Heavenly Kings in relief executed with great detail and expressiveness. There are 5 ancient cannons displayed on the city wall of Juyong Pass Great Wall. 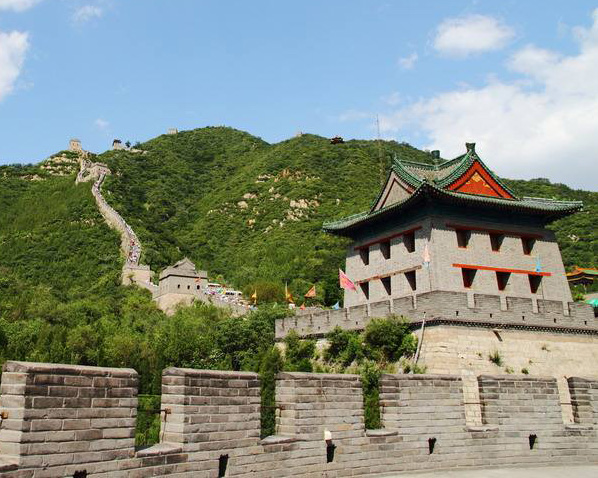