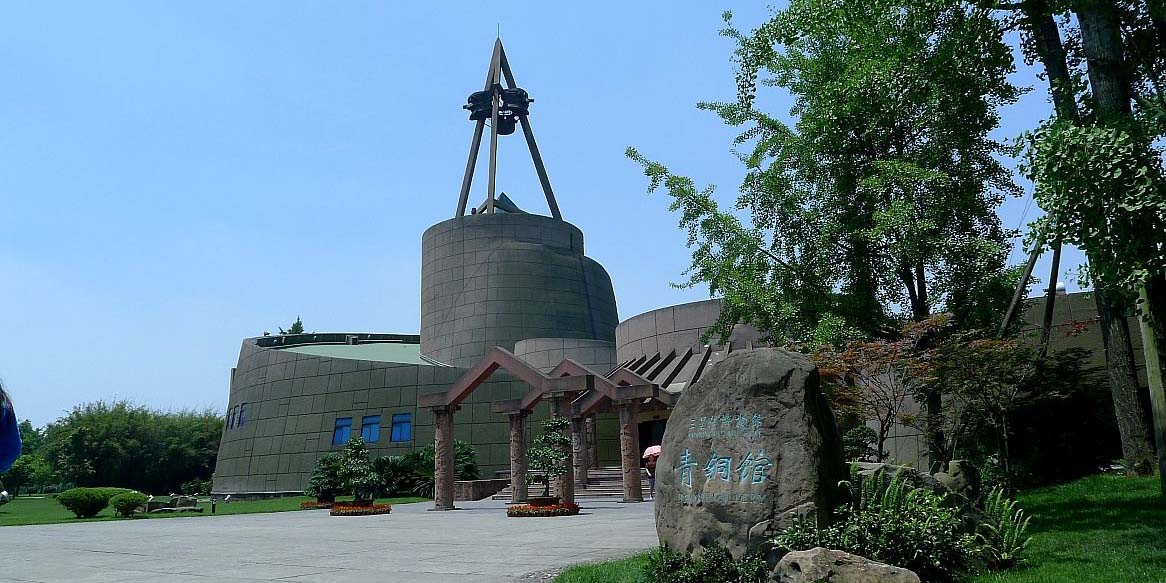 Sanxingdui Museum is world-renown for more than 4,000 relics unearthed in 1929 from Sanxingdui Site that was the ancient capital 3000-5000 years ago. Honored as the Origin of Yangtze Civilization and is listed as one of the Top 50 Appealing Attractions in China for Foreign People.

The unique Sanxingdui Museum is near the Sanxingdui archaeological site that dates back to 2000 B.C. The site is north of Nanxing Town of Guanghan City in Sichuan Province. Due to its scope, the wealth of its contents, and theand precious nature of its excavated objects, the site was declared a National Key Cultural Relics Protected Unit in 1988.

The discovery of a large number of spectacular relics created a great sensation. In 1986, two large sacrificial pits of Shang Period (1600-1100BC) were unearthed with more than one thousand gold, bronze, and jade objects, shocking the entire country and shaking the world. Among other things, the finds proved that Sanxingdui was the capital of the ancient Shu Kingdom more than 3,000 years ago.

Amongst the hoards of prize antiquities, there are a variety of unique, grotesque bronze works. These include such things as a stately standing figure, a freakish bronze mask, and a towering bronze holy tree, all unparalleled treasures for their age and completeness. In addition, the gold wares such as a gleaming gold sculpture and the jade wares like the motif tablets have turned out to be the first ever seen of their kind.

The design of the museum is simple, but solemn. It has a certain poetic charm resulting from its historical and geographical features combined with the cultural art. The mound-shaped architectural complex seems to come out from the earth abruptly. This design was intended to symbolize the local culture, telling the world that this is the source of Shu culture and the entire Yangtze River civilization. The winding, arc-shaped architecture directly expresses the profound nature of these mounds. On top of the structure, a triangular tower represents the connection of heaven and earth, gods and human beings. The three large bronze masks were hung high on top of the tower. They are the symbols of the Sanxingdui Museum, still shining the light of the Shu people who lived millennia ago.

The grounds and environment of the museum are exceptionally beautiful. The surrounding space is large and is arranged as in a park, with pools, collections of stones, flowers and trees. The setting is meant to mimic the natural beauty of the nearby streams. 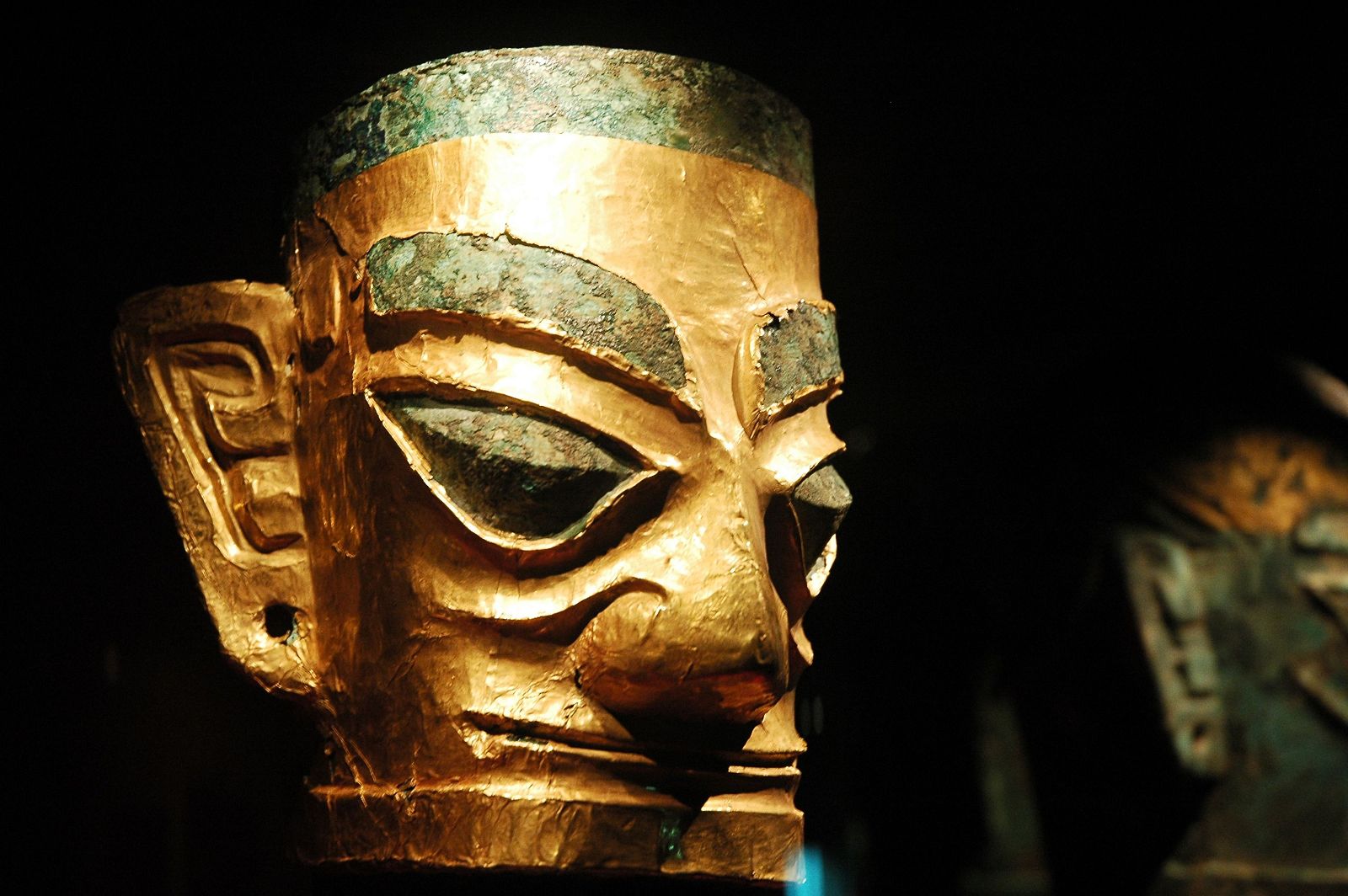 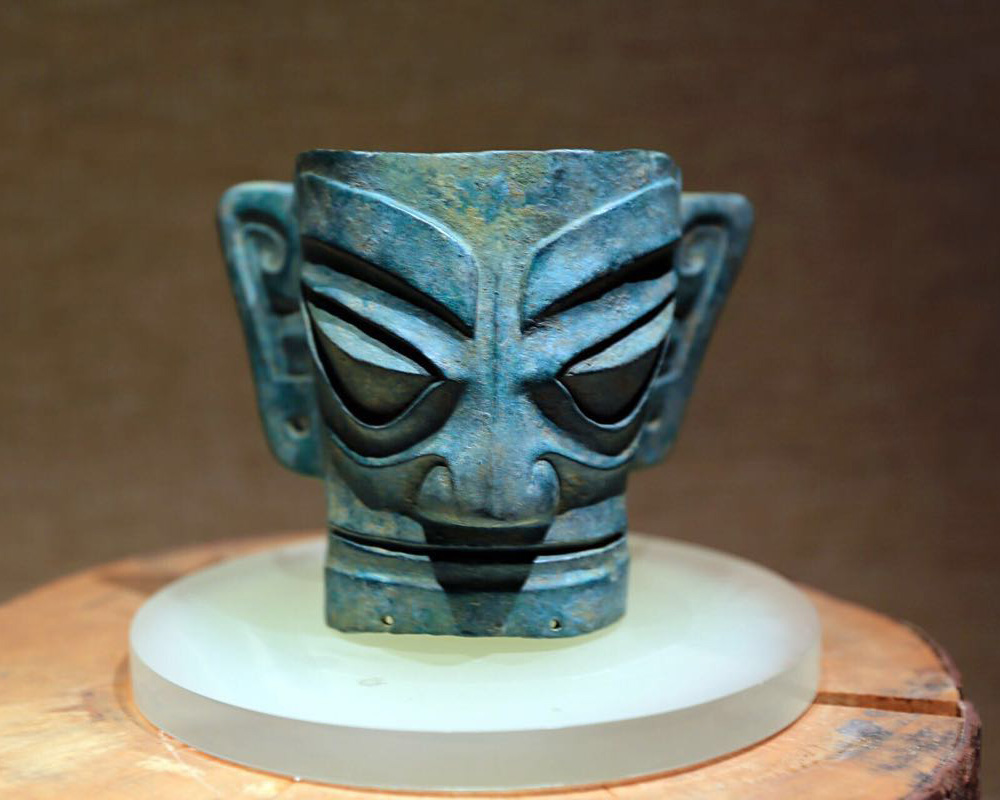 Sichuan is the hometown of giant pandas. Chengdu Giant Panda Research Base is one of the most popular tour programs in Chengdu, Sichuan province. Besides, you will see the earliest and highest bronze tree, the earliest golden stick in the world in Sanxingdui museum on this tour. Let's join!