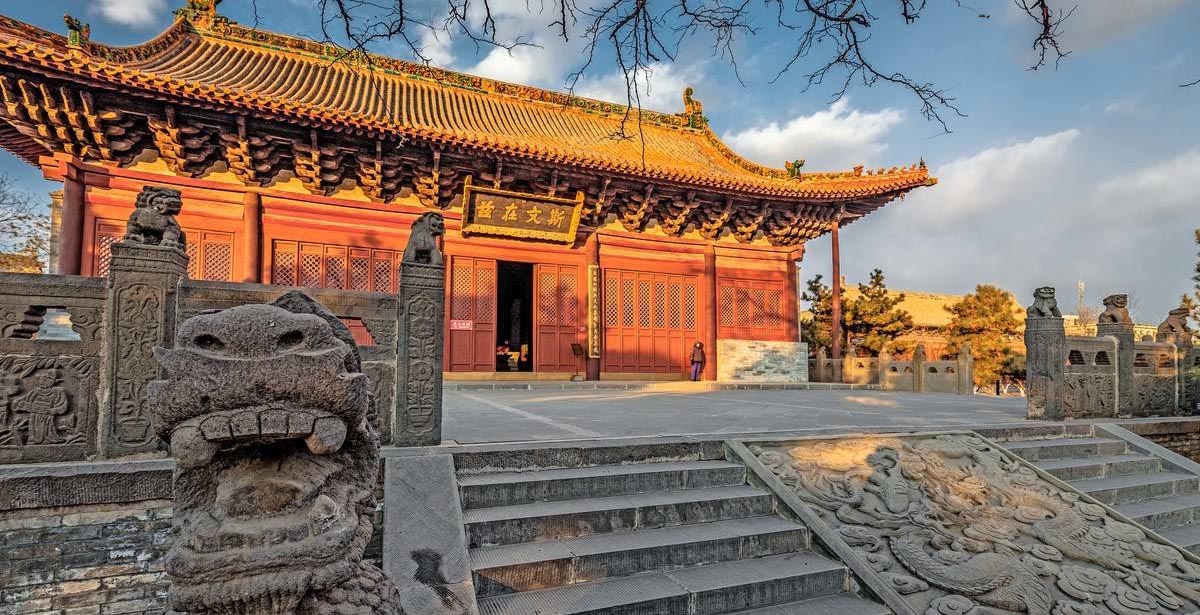 In feudal society,each city would have one Confucian temple.No exception in Datong.Confucian Temple in Datong ,originally built in the 29th year of Hongwu in Ming Dynasty,is located at the southeast of the city which was an important place for the ancient Chinese to worship Confucius and promote ritual indoctrination of Confucian school.

Datong Confucian Temple, originally built in the 29th year of Hongwu in Ming Dynasty (AD 1396), is located at the southeast of the city.
Confucius, living in the Spring and Autumn Period (BC 770-476), is a great thinker, educator, and the founder of Confucianism. The temple is a large Ming-styled architecture complex reflecting the wisdom of ancient people. The temple was listed as one of the provincial cultural relics on January 12, 1996.
The temple bears a profound and splendid history. Its original site used to be the country's highest institution - Zhong Shu Xue (the central educational institution) in the Northern Wei, and the Imperial College in the Liao and Jin.
It was renovated and expanded in Xuande-Zhengtong period of the Ming, until it was ruined in the war of the 12th year of Jiajing in 1533. The temple was once again rebuilt and expanded later.
In a word, the Confucian Temple eventually became a grand architectural complex with a complete set of offices and halls after 220 years of expansion and repair.
Datong government repaired the temple in 2008 to better protect the memorial site of the ancient ideological mentor and the treasure house of traditional culture.