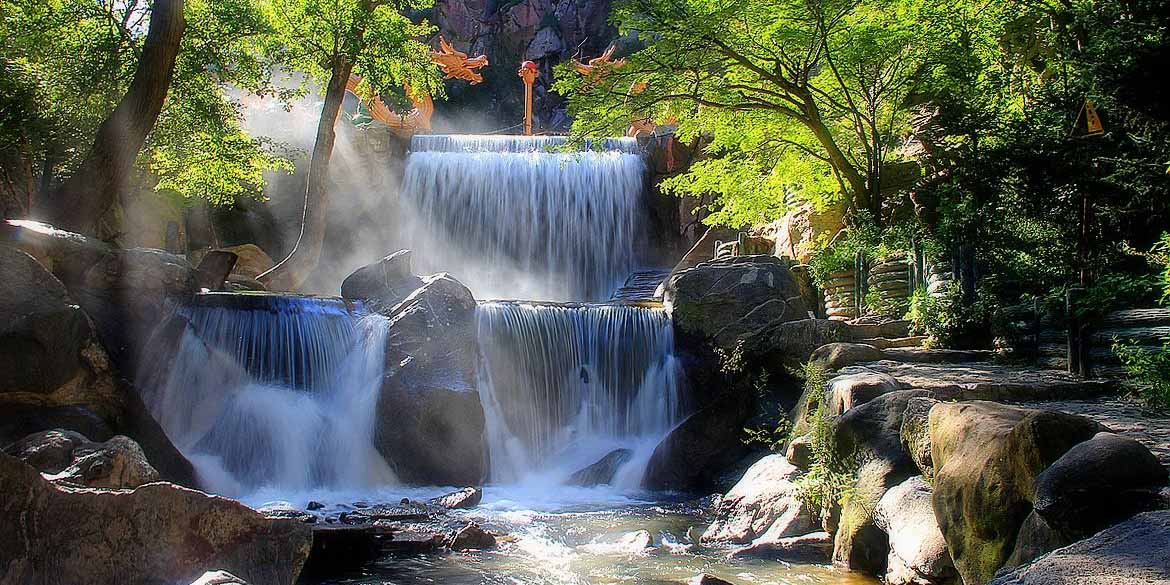 The birthplace of the Tomb-Sweeping Day (Qingming Festival), one of China’s important festivals with peaks standing up to 2,566 meters high with precarious cliffs and dizzying architecture and the most scenic views. A truly historic and beautiful mountain lined with crystal streams

Located in Jiexiu City, Shanxi Province in central North China, Mian Mountain is also known as Jie Mountain named after Jie Zitui (a minister of Jin Kingdom). It is situated on the south side of Fenhe River with heavenly scenery made up of hanging rocks, steep courses, waterfalls and lush pines and cypresses. The mountain sits on three counties of Lingshi, Jiexiu and Qinyuan and is also renowned as the location of 88 Taoist and Buddhist grounds like Dakuo Palace, Tiewa Temple and Dragon Head Temple.

Things and activities to do on a visit

In addition there are also quaint and magical temples with numerous inscriptions, statues made in the Song Dynasty and tablets of Tang Dynasty such as Longwan Temple, Baiyun Temple, Yunzhong Temple, Guangyan Temple, Preaching Terrace, Dizang Hall and Sheshen Cliff.

Daluo Palace is the most imposing and gorgeous palace that is renowned as the Number 1 Taoist temple covering an area of 10,000 square meters with 13 storeys and has ancient architectural designs made up of colorful rafters and carved beams from the Ming and Qing dynasties. It is believed that Jie Zitui watched a magnificent Daluo Wonderland in this palace.

A two-storey Baofu Rock with more than 200 halls and a capacity of up to 10,000 people measuring 180 meters long, 50 meters wide and 60 meters high, and is also home to Yunfeng Temple with a history over 1700 years.

Qixian Valley has one of the longest valleys in this area with water flowing very fast between it. It is quite expensive to have a thrilling walk on queer ladder sidelined with chains on narrow passages and jagged rocks against fast flowing water between the two sides of the valley.

This Cultural Museum celebrates both a historical and cultural significance being the birthplace of the Chinese traditional Cold Food Festival (Tomb-sweeping Festival). Qingming Cold Food Culture Hall demonstrates the historical development and folk customs of the festivals with activities such as tomb-sweeping, spring outing, sacrificing and sticking willow branches.

This is a scary looking walkway climbing up the side of the mountain built on the edge of a steep cliff that is 300 meters long. The plank road is suspended at 200 meters and is less than one meter wide. Walking on this bridge you get the illusion of floating on the skies with clouds and mist surrounding it.

This mountain region provides a shopping experience in its numerous stalls where tourists shop then sample one of the famous hand shaved noodles in one of the many restaurants and hotels that have been built overhanging steep cliffs with unique dining experiences. 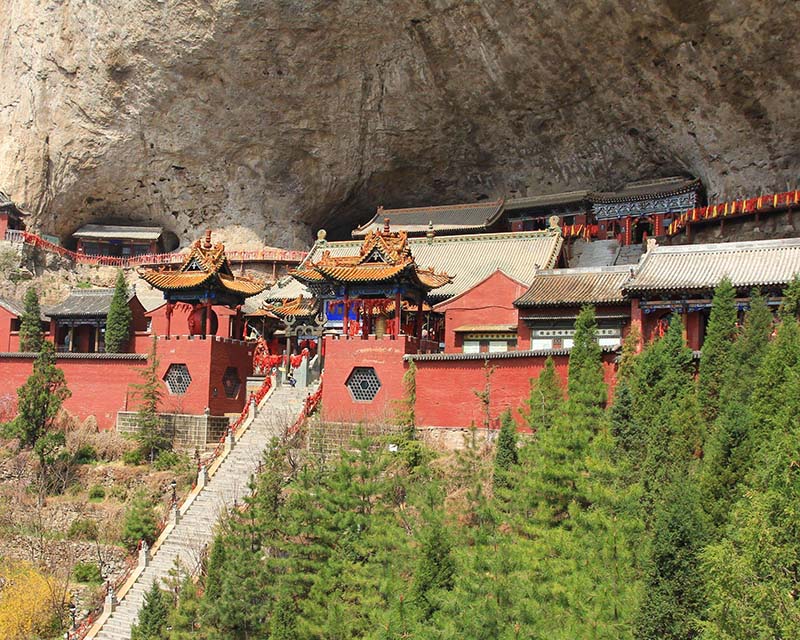 Mian Mountain, the birthplace of Tomb-sweeping Day and largest Taoist Temple complex in China. 1 Day tour from Pingyao Ancient City will bring you to explore the elegant religious temples but also the breathtaking landscapes along the way.