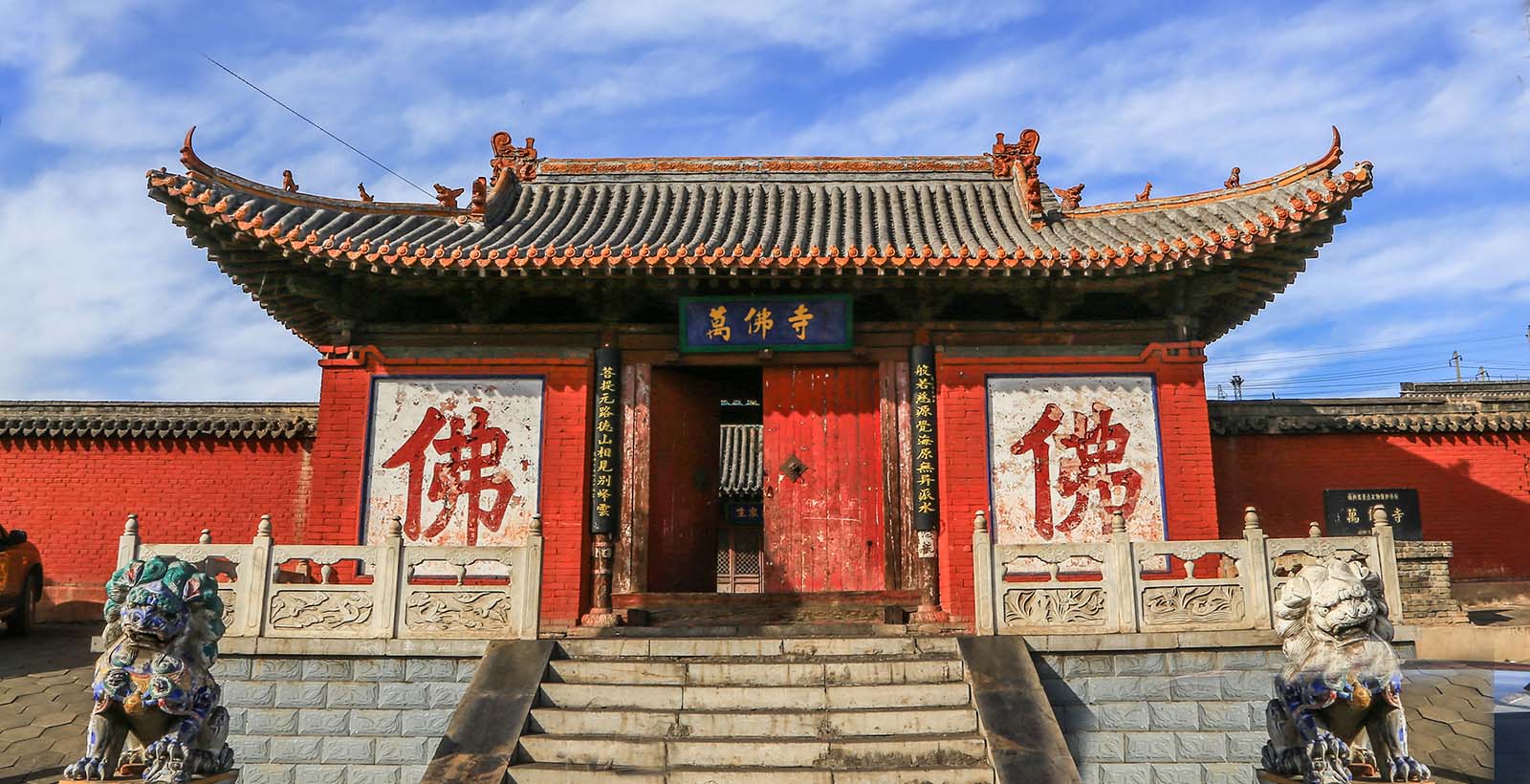 Among the numerous temples in Wutai Mountain, Wanfo Temple is a small temple, but It is one of the most popular and famous temples . Pilgrims and tourists are surging throughout the year, even in the off-season. In the hearts of believers, this is the holy land of Mount Wutai's .

temple lies intoof county Taihuai of Mount Wutai.temple usedthe attached temple oftemple.temple was originally built in Ming Dynasty and renovated in Qing Dynasty. It it not large but with a complete layout. The main gate faces to thethe two side gates face to the west.temple is three rooms wide with two layer and statues tens of thousands of, thus got the name. The corridor of the hall was engraved very exquisitely. There is a big bell hung from the temple which weights over 3500 kilograms. In the north west of, there are two Tibetan Buddhist towers, around 4 meters high, madeblue slab, and built very exquisitely. To the north of the temple, there was built with a hall. The hall was engraved very magnificently with lion, (Chinese) unicorn, flowers, dragon, Phoenix, and. It is colorful and carved very skillful. According the rules, the dragon king usually did not reside in the temple. It is said in ancient the dragon king made mount Wutai unrest, for the reason, there was built a dragon king temple. Opposite the hall, there is a stage. The stage was forto worship the God. The temple fairJune of Mount Wutai is held here.

Hall of dragon king is the northern hall of Wanfo temple and named astemple. It is said that Wuye is Bodhisattva Manjusri and can make your dreams come true. Emperor Qianlong once was in an accident and rescued by. The emperor grantedwith dragon robe and crown. Thus Wuye wore. Little by little, Wuye became the protecting god for local residents. Anything happened, people came and seek blessing from Wuye. Andalways couldyour wishes come true. Thus, there are many appraising words hung from the walls in the hall. Opposite the Hall of Dragon King, there is one stage for singing performance to Wuye. In

Buddhism, the Buddha likes quiet, but Wuye likes noisy and Chinese opera. So Chinese Opera is one way to makehappy. People all come on the first and fifteenth day of every month for seeking rain and harvest and other blessings from Wuye. It is said who came, who got the biggest blessings from Wuye. InKsitigarbha Bodhisattva tried to pass his beliefs, one rich landowner refused to grant any lands to him, however, the son of the landowner gave one land to the Buddha and became a monk. When the temple was completed, there were built tens of thousands Buddhas in the temple with the statue of the son of the landownerthe top position.