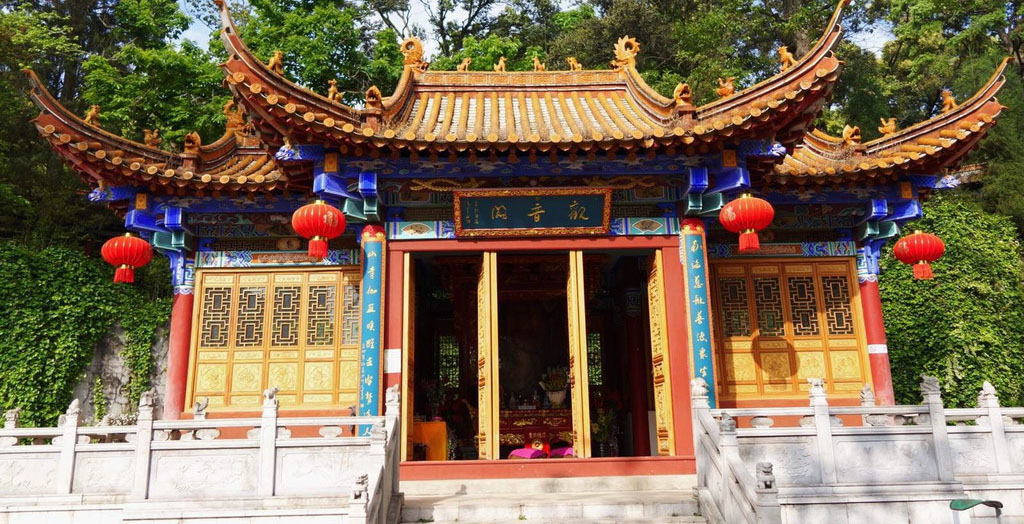 Famous bamboo Buddhist temple dedicated to Zen Buddism with life sized clay figures in the arhat hall in thousands of posses and expressions with each one displaying a different posture in vivid and life like ways making it known as the pearl of eastern sculpture.

On the beautiful wooded Yu'an Mountain, only twelve kilometers (seven miles) northwest of Kunming, is the famous Buddhist Qiongzhu Temple. The temple and the bamboo forest that surround it have a wonderful and mysterious legend about their origins. 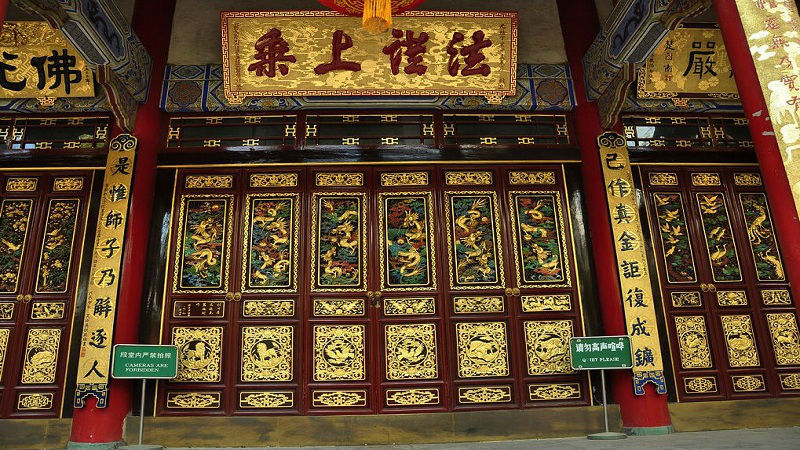 During the Tang Dynasty (618-907), Yunnan was a separate country called Dali. One day, while two brothers of royal lineage were hunting in the hills outside Kunming, they spotted a bizarre rhinoceros. With hopes of capturing it, they followed the rhinoceros deep into the woods of Yu'an Mountain where the magical animal suddenly disappeared. Just as they lost sight of the rhinoceros, the brothers saw a group of monks who were unlike any monks they had seen before. When the monks saw the brothers, they vanished in clouds leaving only their walking sticks planted in the ground. By the following day, these walking sticks had become an entire bamboo forest. The amazed brothers knew that they had met enlightened, supernatural beings and, in order to honor them, they built Qiongzhu Temple in the forest of bamboo.

Even though this is a marvelous story, it does not follow the historic record. Account of the Qiongzhu Temple dates back to the Song Dynasty, but it was during the Yuan Dynasty (around 1280) that a highly renowned monk, who was reputed to have learned Buddhism from central China, gave his teachings that brought great fame to the temple as a spiritual center. After a devastating fire, the Emperor Guangxu of the Qing Dynasty rebuilt the temple by adding five pavilions during the late 1880's. The temple's most outstanding artistic (and perhaps spiritual) feature is the distinguished, finely crafted statues of the 500 Luohans (Buddhist Arhats, or "enlightened ones") sculpted by the brilliant artist, Li Guangxiu. 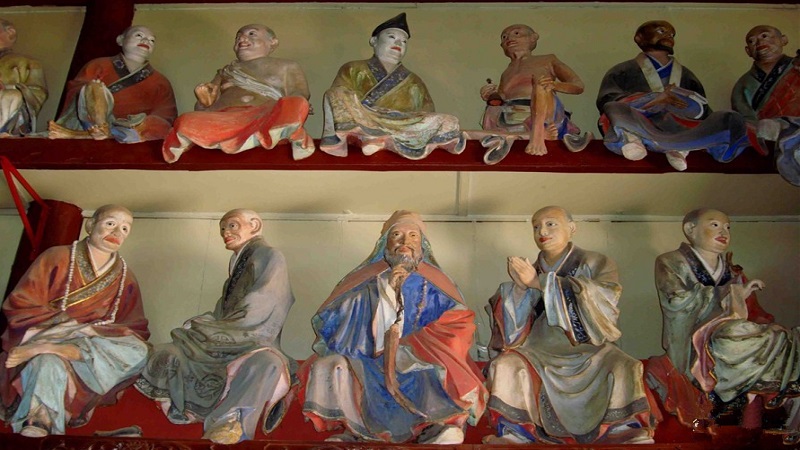 Regarded as "a pearl in the treasure house of oriental sculpture," these life-size clay figures came from Li Guangxiu's and his apprentices' deep study of people and their inner personalities. After seven years of study and work, this immense undertaking was completed. Each of these statues represents another aspect of human life with such accuracy and skill, and look like real people who are just frozen in a moment in time. 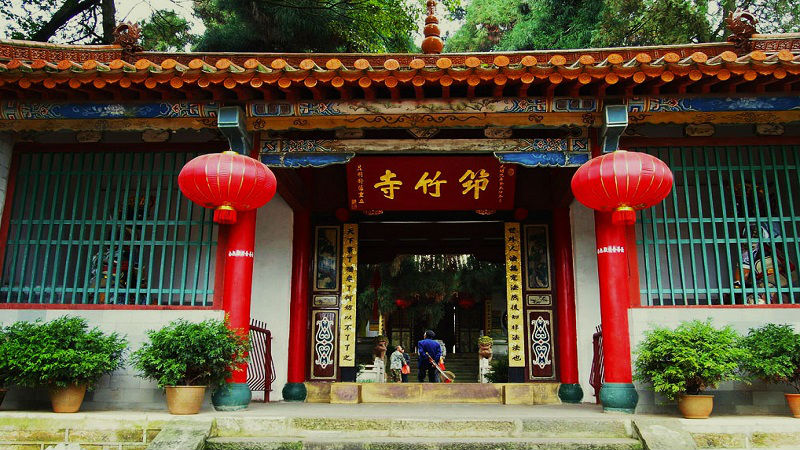 These Luohans, which are not ornately decorated, depict seemingly common people in the midst of ordinary lives and feelings. The appearances of the old and the young, the sick and the healthy, the skilled and the unskilled, the strong and the emaciated, the beautiful and the ugly, the wealthy and the poor, with expressions of joy, anger, laughter, grief, amusement, satisfaction, hunger, delight, sadness, compassion, serenity, curiosity, surprise, boredom, and contemplation are extremely vivid. Each Luohan is unique and expresses its own singular inner character. It is said that if you pick a Louhan and count them to the right when you reach your age, you will find the Louhan that depicts your inner character. Each of the 500 Louhans is a beautiful work of art and collectively they are awe-inspiring.

Throughout the temple are numerous inscriptions and couplets on columns and tablets. These inscriptions date back to the 1200's and give us glimpses into the life and culture of those times. Other notable features of the Qiongzhu Temple include: the statues of Four Guardian Kings in the entrance hall; the three large statues of Buddha in the main temple building and two majestic 450-year-old cypress trees that stand in the forecourt. Walking around the grounds and through the bamboo forest, the world and its problems fade away and the gentle beauty of life re-emerges.