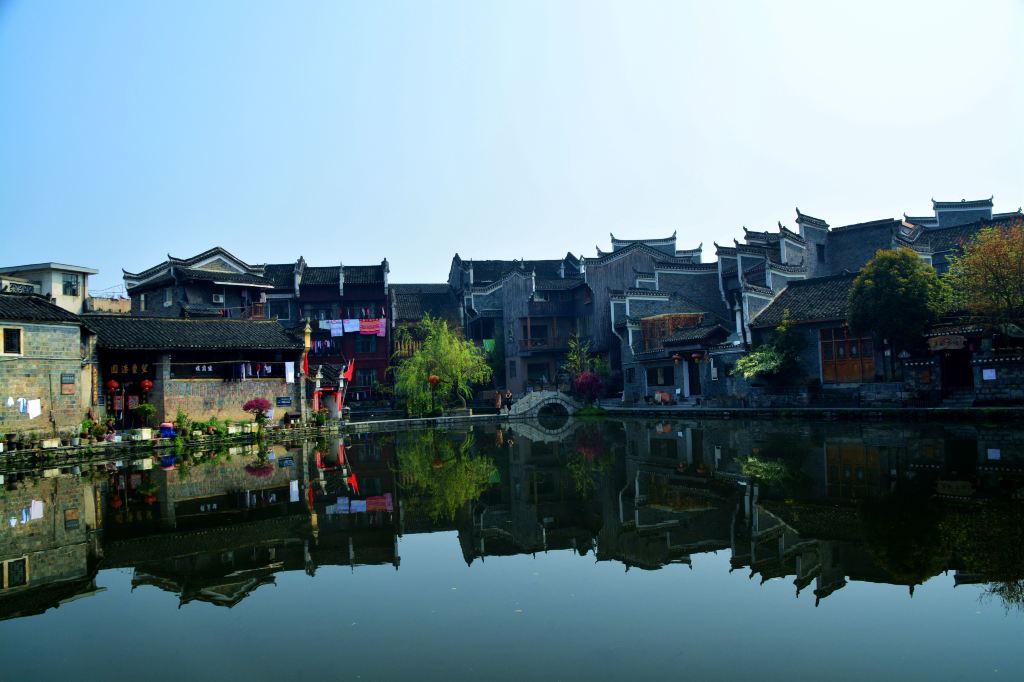 Qianzhou Ancient Town, located in the riverside of Wanrong River of Jishou City in Xiangxi Autonomous Prefecture, has been one of four ancient towns in Xiangxi over 4,200 years. There are ten-mile old streets and rivers in the city center,  ten-mile walls out of the city, so it was an important commericial wharf in Qin and Han dynasties and military command center on North Great Wall in Ming and Qing dynasties.

The buildings with white wall and black tiles along Hu Family Pond still preserve compelely, and it's very cosy to walk on the stone ground as appreciating blooming lotus and listening to frog croak. The famous Sanmenkai with three doors is a typical founctional artichecture for transport, protection, water taking and fire provention and it has tremendous precious relics to visit.

There are other special historical relics, such as North Gate, Confucious Temple, ancient residential crowd in Hu Family Pond, the Former Residence of Luo Rongguang and Yang Yuebin, the Anti-Japanese Cultural Museum, the Celebrity’s Museum, Guanyin Pavilion and other many scenic spots.