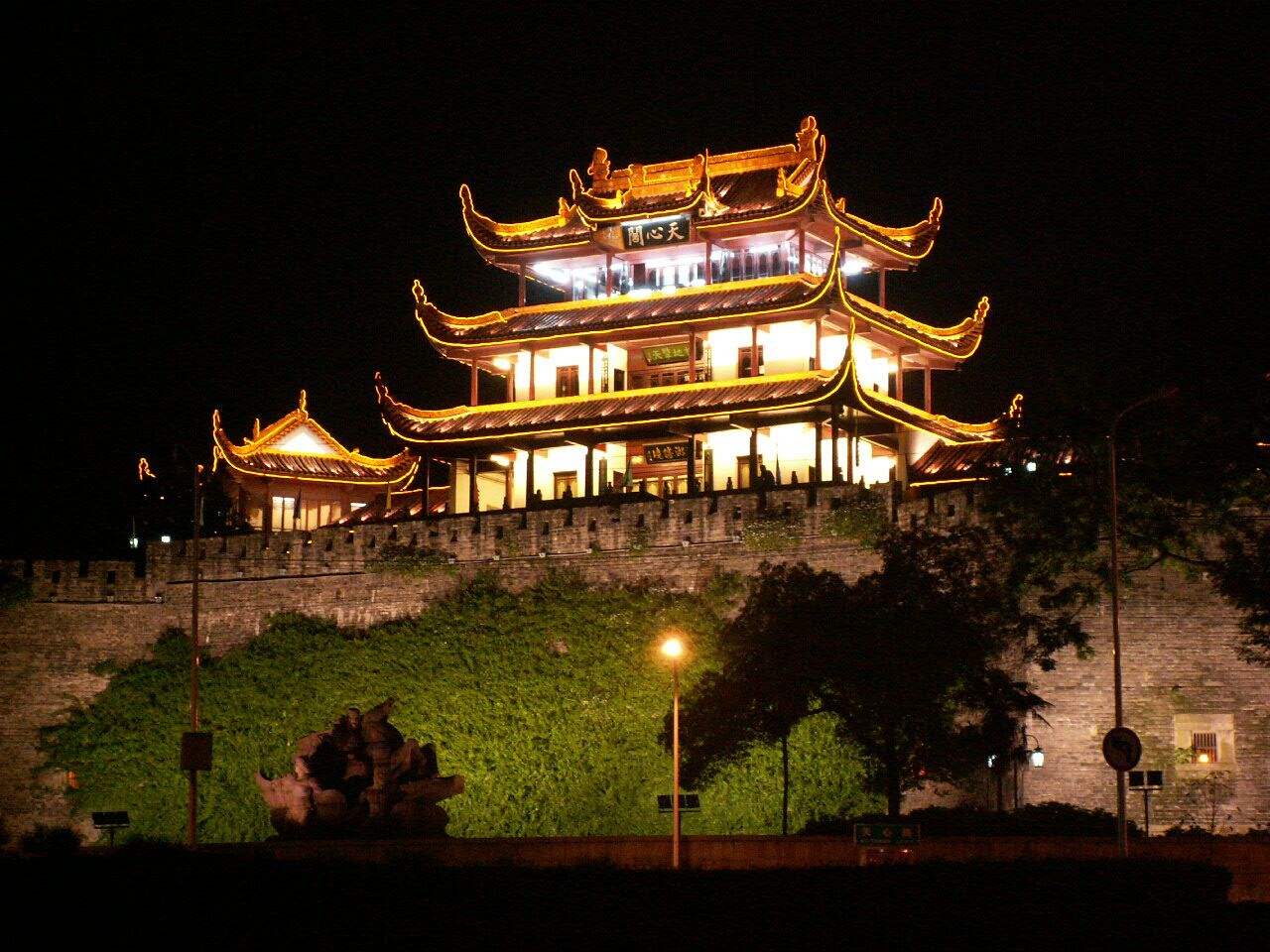 Tianxi Pavilion with three storeys is an ancient Chinese pavilion located on the ancient city wall of Changsha, Hunan Province. It is one of the “Ten famous Chinese Historical and Cultural Towers and Pavilions” . It built at the late Ming dynasty and repaired many times, however it got severe damage by fire in the Anti-Japanese war and rebuilt in 1983. It was the place for observing stars and worshiping gods in ancient time, and it was regarded as the auspicious omen by local villagers and military base due to it’s the pavilion on high elevation in the city. It xhibits the ancient cannons and witnesses lots of historical events in Chinese history, and you’ll be known from your knowledgeable guide.

It also remains ancient great wall, moon city with multiple functions, Chonglie Pavilion for memorizing dead victims in Jinan Incident, engraved 33 historical celebrities who made an outstanding contributions to Human and other historical relics etc. In general, one who visit Hunan should come here for visiting.