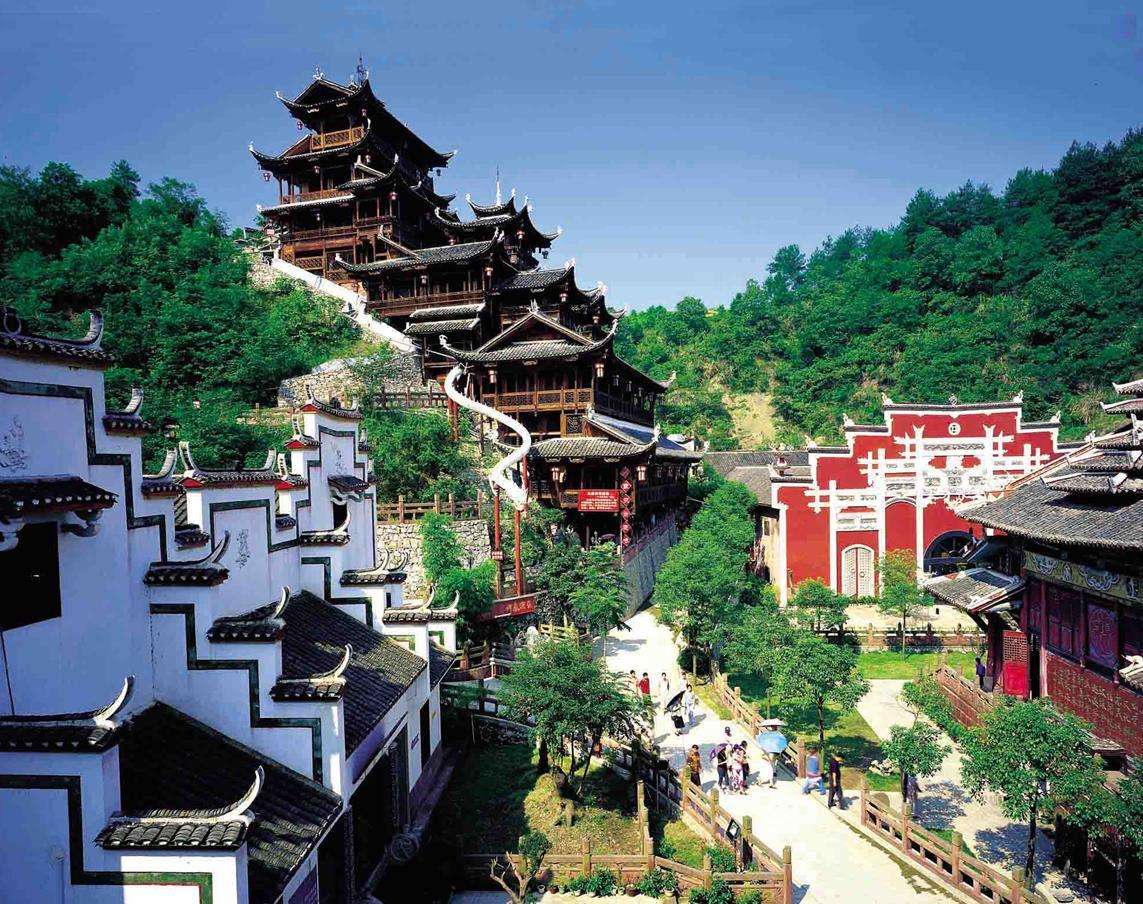 It is a popular attraction for tourists to enjoy and experience the culture of Tujia Ethnic Minority in various aspects such as architecture, food, agriculture, military art etc. With an area of 5 hectares, the park was built in 2000 with the intention to introduce visitors to the customs and traditions of the Tujia ethnic minority.The park was rated as one of the 4A National Tourist Attractions in China in Januar, 2004.

As one of the highlights in Tujia Folk Custom Park, the wooden Nine-storied Hereditary Hall (Jiuchongtian ) is constructed on a steep slope without using a single nail which was listed in the Guinness World record. Just like a museum, the building contains thousands of relics of the Tujia Ethnice Minority. Walking through the park, tourists stopped by wooden houses that showcased different aspects of the Tujia tribe from unique embroidery skills to farming techniques and wine-brewing.

The square is in the center of the Park. It is the venue for people to hold performance and dancing party, such as the Maogusu Dance, a ceremonial dance of Tujia Ethnic Minority that is part of a sacrificial ceremony to be performed. There are many special cultural activities in the park which were highly praised by media at home and abroad. Some leaders of the Chinese Central Government and lots of journalists are attracted to visit the park . In Septeber, 2002, a large-scale Maogusi Dance Party was held successfully in the park, and more than 1,000 dancers participated. This activity and the Nine-layer Diaojiaolou Building were listed in the Record of World Genis.