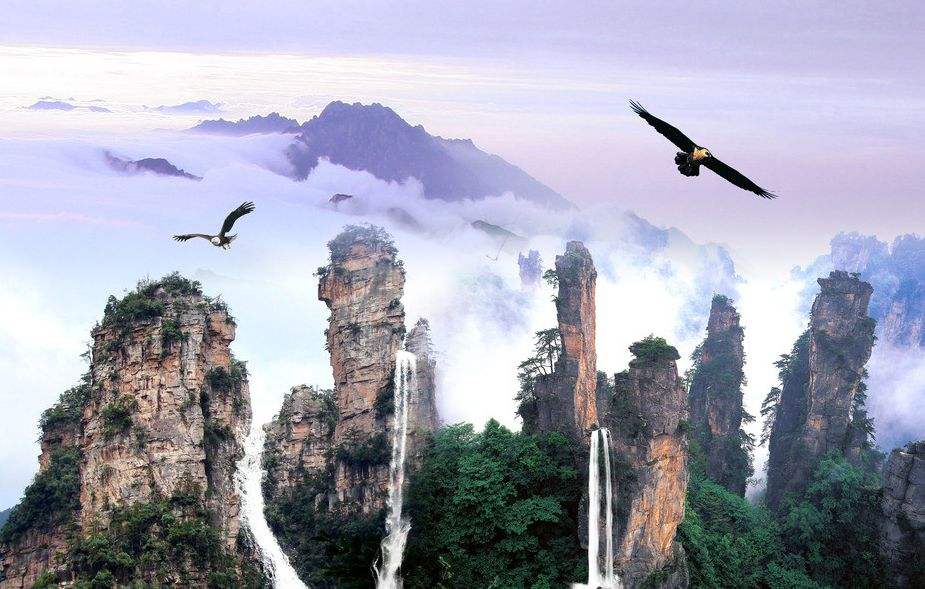 Zhangjiajie National Forest Park, the popular UNESCO site among travelers to enjoy amazing natural scenery and unique peaks, and enjoy breathtaking Avatar Hallelujah Mountain if you are a fan of Avatar movie!

Located deep in the Hunan province, Zhangjiajie National Forest Park, part of the greater Wulingyuan Scenic Area, holds the esteemed title of being a UNESCO World Heritage Site and a place of awe and humility. In 1982, it was declared China's first national forest park covering up to 4,810 hectares. Made up of unique geological formations unparalleled in their magnificence, the area has become a little wonder that attracts millions of tourists every year. Known as the Avatar Mountains: a name frequently used to refer to the rugged peaks of Zhangjiajie area, came about because it was this very site that inspired the iconic backdrop from the renowned sci-fi movie.

Apart from the unique geographical and geological features, the park is home to the vast number of flora and fauna including the Dove tree and the Chinese chestnut tree. The National Forest Park is located in the subtropical belt which experiences the four distinct seasons and high levels of humidity in the summer months. Zhangjiajie National Park is a vast area brimming with all kinds of attractions from tranquil springs and lakes to enormous mountain peaks. See the following attractions:

It is called the No. 1 Bridge of nature masterpiece which reaches up to 350 meters, connecting with a natural slate between two separate peaks, hence it has astonishing and thrilling beauty. You can use your imagination to describe what they look like. In short, it looks like a fairyland when fog unveils everything in mystery after raining.

This is a natural platform from where you can have breath-taking views of the surrounding peaks and gorges.

In legend, it’s named after the farmer Xiang Dakun of the Tujia ethnic group. Since it’s high, you would see numerous stunning peaks, steep cliffs and colorful waterfalls from the top. There are four wonders: the Sea of Clouds, the Radiance of the Moonlight, Rays of Sunshine and the Snow in winter. You can take cable as well.

Surrounded with steep grotesque peaks and luxuriant trees, the Golden Whip Streams flow faster. At this section the meandering streams, crystal-clear waterfalls, exotic plants and rare animals co-exist and constitute in an extraordinarily beautiful, tranquil and natural ecological environment. The main scenic spots here constitute of the Rock of Welcoming Guests, the Golden Whip Rock, the Reunion Rock and the Purple Grass Pond.

Known for its dramatic cliffs, dizzying rock platforms and grotesque peaks standing at 1,109 meters above sea level, this is a spot not to be missed.

It was originally called Heilong Zhai once. To attract tourist’s attention, it changed name after broadcasted TV series Putting Down Bandits in Wulong Mountain. It’s home for brigands who live by attacking and robbing people. It only has one dangerous path to the summit and surrounded with steep cliffs with natural protection. The precipitous steps make the journey hard, and there are three levels you need to conquer. After you climbed onto summit, you will be delighted to finish.

Huanglong Cave is a typical karst cave. The cave system extends to 7.5 km in length and is divided into try and wet levels. Filled with stalagmite, stalactite, subsurface streams and waterfalls, it has the praise for the underneath labyrinth. The largest chamber in the cave is 4,000 m2 which can hold thousands of people. Since inside temperature is a little bit low, we don’t advise you to go inside in winter.

Located 1.5 kilometers away from the south of the Wulingyuan District of Zhangjiajie City, Baofeng Lake is a veritable place of graceful mountains and charming waterfalls. It is like a paradise that deserves to visit many times. The Baofeng lake not only attracts tourists all over the world but also attracts natural precious animals due to perfect and harmonious ecological environment. Every October of the lunar calendar, a mass of Yuanyang birds (mandarin duck) will fly to the lake from the north to avoid the chilly winter. The birds would like to choose here as their habitat as the water in the lake is of high quality and the water temperature is warm; the lake will not freeze in the winter. The three islands in the lake center are called the island for the mandarin duckes.

It is a multi-functional pedestrian street with water bar, the famous Chinese snacks, Xiangxi folk shopping street, leisure inn and creative workshop. And it is travel culture collection which can’t be copied in the center view of Wulingyuan. 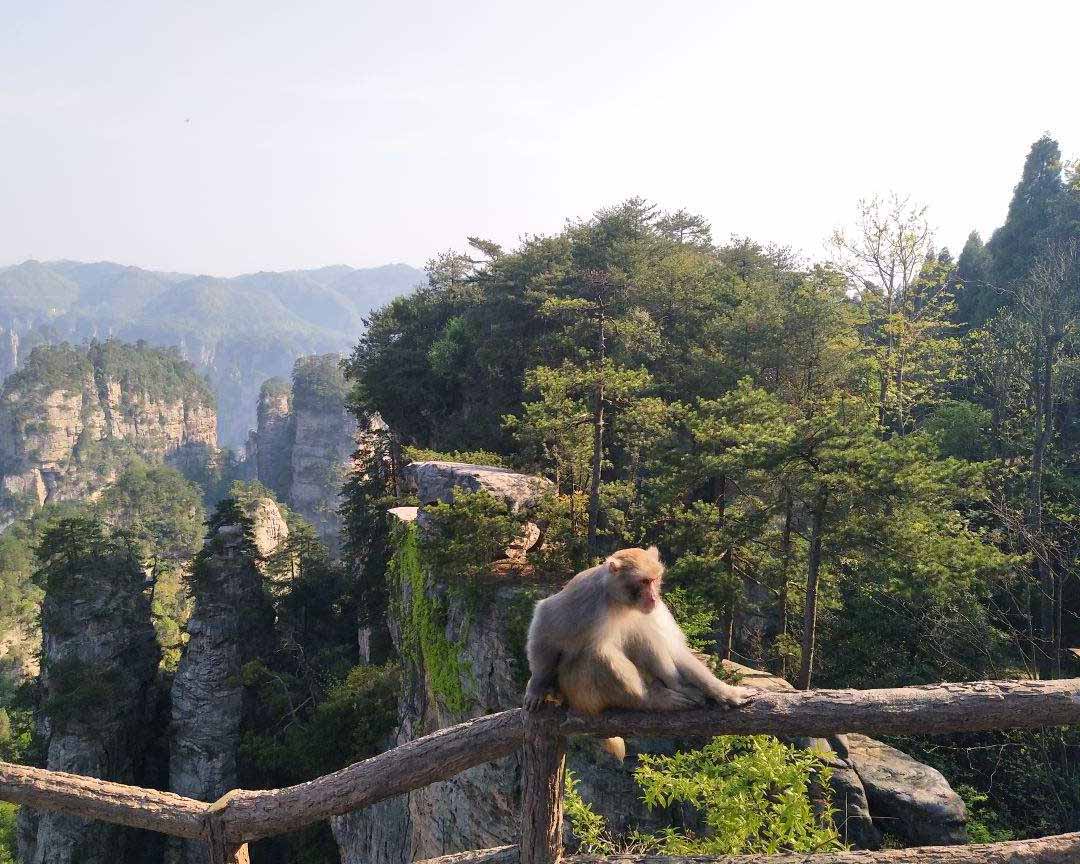 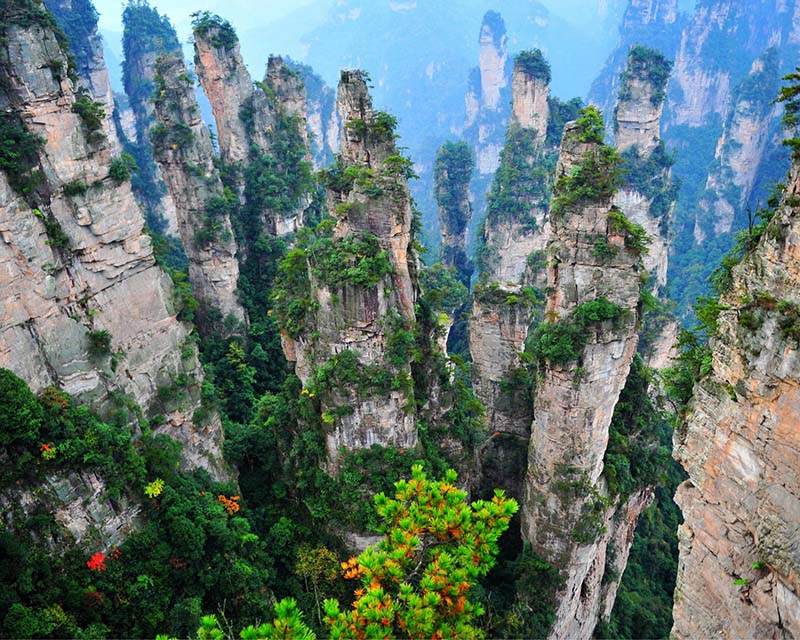 Take a luxurious Yangtze River cruise from Chongqing to Yichang, relax in the successive enchanting scenery and have fun by joining in various entertainment onboard or visiting historical heritages along the way. Extend your amazing tour to another popular destination-Zhangjiajie by train, find the inner beauty of this UNESCO World Natural Heritage. Enjoy different shapes of pillars spouting from the ground directly, appreciate beautiful forest, streams, valley, caves and waterfalls, conquer your fear as you walking on the highest and longest transparent glass bridge in the world. 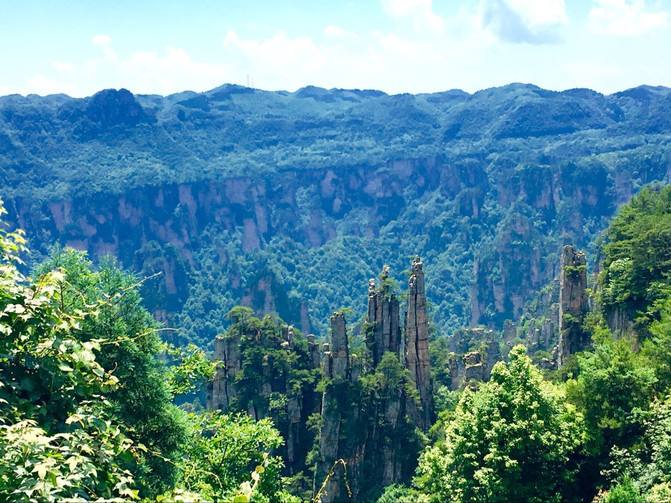 Visit the most highlighted spot in Zhangjiajie within 4 days accompanied by informative tour guide and skillful driver, you’ll marvel at spectacular and breathtaking scenery along the way by visiting Tianzi Mountains, Yuanjiajie, Zhangjiajie Grand Canyon etc, this primitive and riveting landscape will let you overcome nostalgia for hometown, you might think you entered paradise. Take the famous Bailong Elevator and walk on world's challenging transparent bridge and path, I bet you’ll member this precious journey in your lifetime. 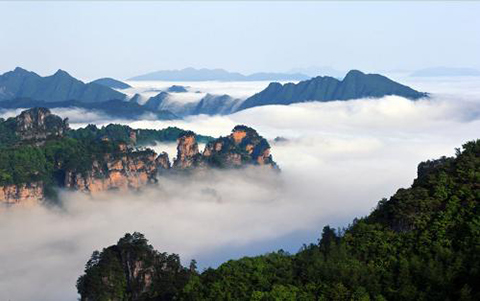 In this tour, enjoy the awe-inspiring view of Zhangjiajie, appreciate the picturesque and incomparable scenery, review blockbuster Avatar by watching its prototype of floating planet-Hallelujah Mountain, experience incomparable sky walking on the famous glass path and bridge, listen to the birds' chirp, say hi to monkeys and rare fish at an idyllic valley, it’ll be a wonderful journey under our careful and professional guidance, join us! 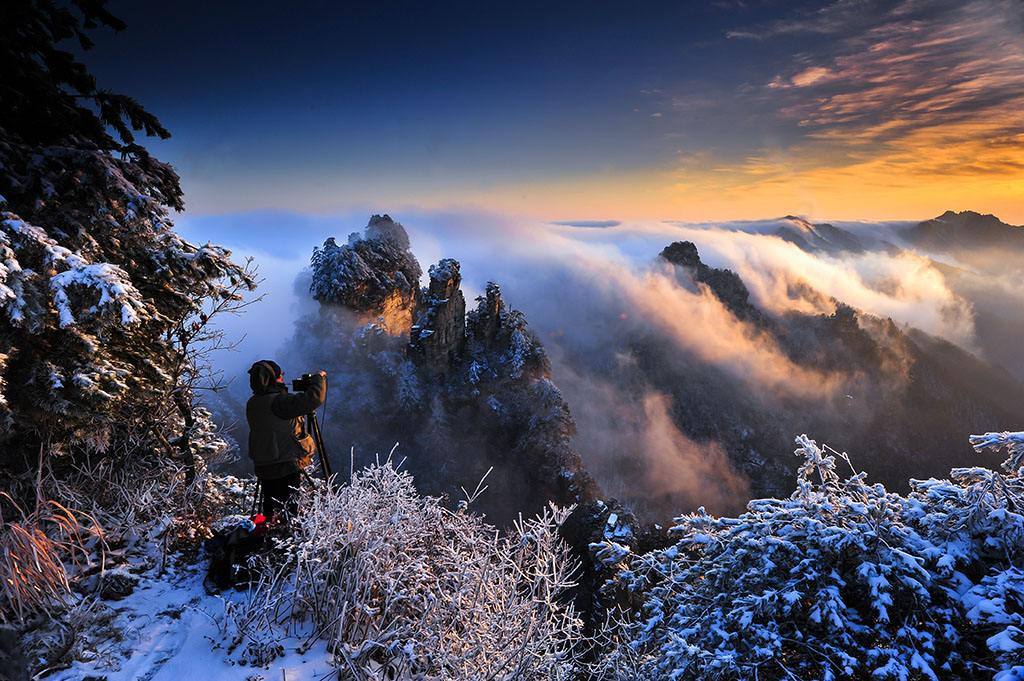 It’s very convenient for you with airport-hotel transfer if you come to a new place. And you’ll be served with a professional tour guide and experienced driver to make sure you’ll have a wonderful journey. This tour we have picked up the classic spots at Zhangjiajie and Fenghuang Ancient Town and all have perfectly arranged, appreciate luxuriant forests, towering peaks, tranquil lake and valleys along the way, explore the history of Fenghuang Ancient Town and ride boat rafting on Tuojiang River. Pack with your bag and enjoy this great trip! You'll appreciate overwhelming peaks and bizarre caves along the way, escape from loaded work and explore nature in your holiday! 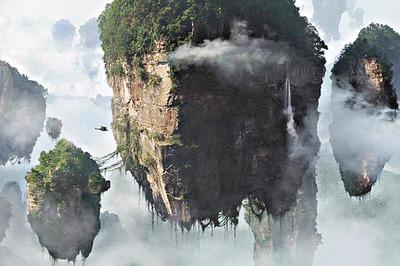 Explore Avatar Hallelujah Mountain, inspiration mountains for blockbuster Avatar located, enjoy grotesque peaks which seem like towering up to the sky and surrounded clouds, you’ll marvel at the stunning scenery along the way. They are the masterpiece of nature that you should not miss.