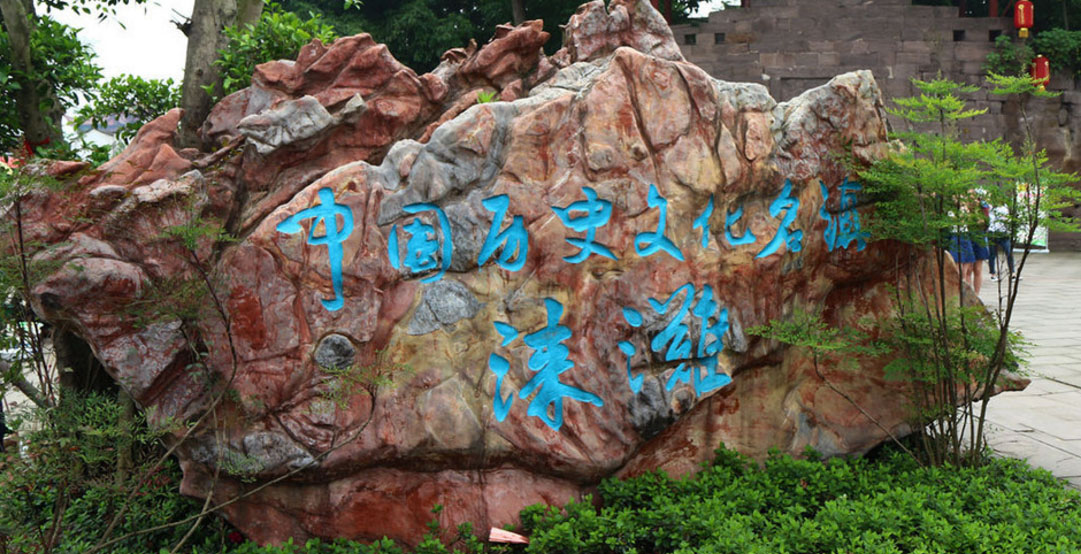 Laitan Old Town faces cliffs on three sides with stiff fortress, was once a famous dock gathering with merchants and nice street shops.The whole town is in courtyard format with the central axis .Now it become one of the most beautiful old town in China.

Old Town is a national AAAA tourist scene. It is 28 kilometers to the northeast of Hechuan district. It was originally built in Song Dynasty, one ofandin china and the most beautiful towns in China. The old townon three sides with stiff fortress. There are four holesthe town for hiding the armies.
The Wenchang Palace iswell as the wonderful embossed stage. The old town was built in year Xianfeng of Qing dynasty with a history over 200 years. It occupies 0.25 square kilometers with four symmetric gates. The city wall was made by half-meter slab stones, with a height over 7 meters, a width over 2.5 meters. In order to defend the invaders, it was renovated duringof Qing Dynasty, a defense system was completed with a stone wall circled around the whole town, until now it is still quite strong.
There are over 400 green tiled houses ofand Qing dynasty situated in orderly format. Therean ancient lane in over 200 meterswith the original look of Ming and Qing dynasty. There is a pond for fire extinguishingThere are many ancient temples in the town too.
Dated back the year Xianfeng, Laitan Old Town was once a famouswith merchants and nice street shops. The templesincense burned day and night.
The ancientcomplex originated from Tang dynasty, prevail at Song dynasty, and rebuilt at Qing Dynasty. There are many temples inside with lots of Buddhist and Taoist. The whole townfrom the gate door, jade empress hall, main hall and Guanyin Hall.  And there are many exquisite statues on the side halls too.