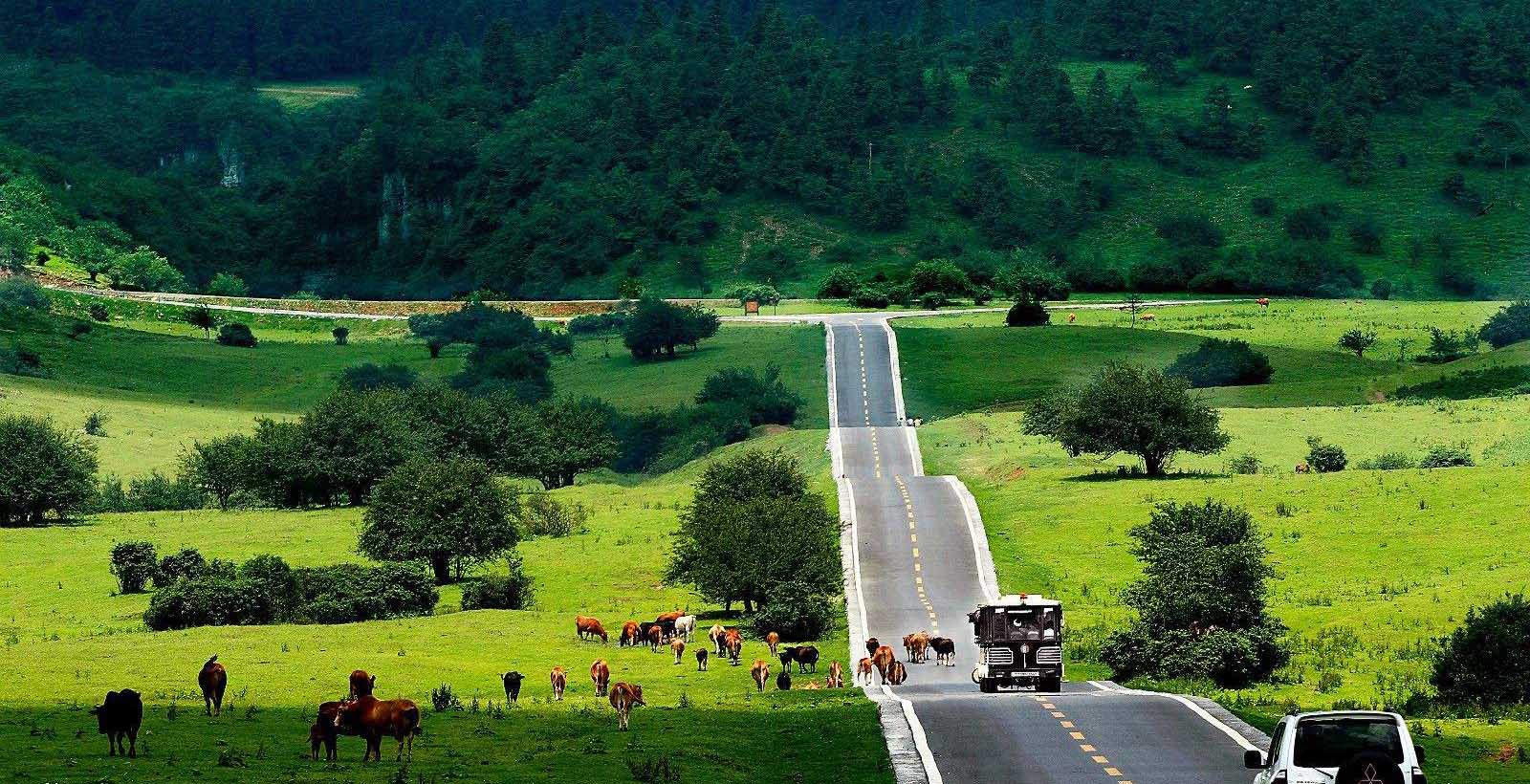 Wulong Karst is a valuable treasure that nature created with a grand view of cluster of several karst landscapes, consisting of gorges, natural bridges, caves, eroded dolines, shafts and underground streams，as if visiting a geological museum.

Wulong Karst National Geology Park is situatedthe lower reaches of the Wujiang River in southeast Chongqing. It was named as a world natural heritage by UNESCO in 2007.

Compared with Stone Forest Karst in Yunnan and Libo Karst in Guizhou, Wulong Karst National Geology Park is located in a relatively remote area away from the impact of human activities. Therefore, Wulong Karst retains the original features of karst landform that have been despoiled elsewhere, hence its outstanding universal value.

Wulong Karst is a valuable treasure that nature created. It is a cluster of severallandscapes, consisting of gorges, natural bridges, caves, eroded, shafts and underground streams. These karst landform developed in the carbonate rocks, vividly recording the development and evolution of karst terrain.

The three natural bridges constitute the largest natural bridge cluster in Asia, and the naturalbridges are quite high and grand, a sight rarely seen anywhere in the world.

Giant Doline is the prime example and the largestcluster formed by erosion in the world, and the longest underground cavern system in Asia.

If you are planning to travel to China to delve a little further into the lesser known regions within China, Yunnan, Chongqing and Sichuan, as three of the most diverse and colorful provinces in China. In the trip, soak into the awe-dropping landscape of both Tiger Leaping Gorge and Wulong Karst National Geology Park; stroll through the Stone Forest formed by endless karst pinnacles; relax in tranquil Dali as if living in a lost world; learn the quaint life of the minorities in Lijiang; catch memorable photos of the giant pandas in Chengdu; and marvel at the grand silver covering of the Jade Dragon Snow Mountain.