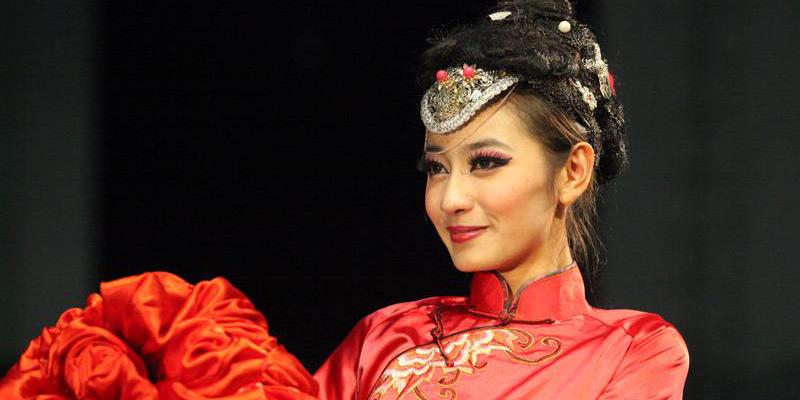 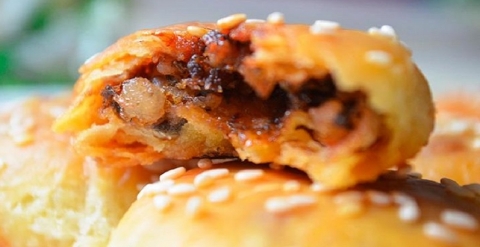 Mount Huangshan Clay oven rolls  Mount Huangshan Clay oven rolls got another name as Huangyin Clay oven rolls, Jiujia Clay oven rolls, Crab shell Clay oven rolls, it is a famous Han snack of mount Huangshan, province Anhui. The skin and stuffing are made by flour, fat meat, Preserved vegetable, sesame, salt and oil. The manufacture process include “soak the flour, make the dough, rub the dough, make up small pieces, make the kin, make the stuffing, close the cake, make the cake, brush the cake, spray the sesame on the cake, bake the cake”. The cake lies around the inside wall of the oven, after bake and braised bake in a few hours, it is finished. The newly cooked cake is golden-yellow, crispy and fresh, oil but not greasy, and very memorable. Mount Huangshan Clay oven rolls is a local snack of ancient Anhui. Once the dough is made thoroughly, it lies around the inside wall of oven fired by charcoal. Because it is small and easy to carry, and baked long time (very dry, not easy to turn bad) in the past, it is once carried around by merchant of Anhui across china with a well-known reputation.  Mount Huangshan Clay oven rolls has many skins and thin. It is thick outside, but taste sweet, spicy and crispy. Once bite, it is crispy and brittle, left sweet all my mouth.  Additionally Mount Huangshan Clay oven rolls are easy to save long time. It is baking long time, and very dry, thus easy for saving. Once wet, re-bake, then it is still very tasty. Because it is rubbed by flour, so very skin is so thin as a paper, after baking, it is soft, oily, tender and not greasy.  Flour contains rich protein, cholesterol, Vitamin, Calcium, iron, phosphorus, potassium, magnesium those minerals. It is very healthful for heart, kidney, spleen and intestines. It can release heat and stop thirsty.  Pork contain rich bronze which impacts blood, nervus centralis, immune system, and kidney. It contains rich fat for helping to keep warm and protect viscera, provide needy fatty acid, promote absorb fatty Vitamin, and increase satiety. It contains rich protein, provide heme and cys which promote absorb iron, and improve Iron-deficiency anemia.  There is a fable regarding this dish. Zhu, yuanzhang came to a farmer’s house as refugee. He felt starving. The farmer served the clay oven rolls to Zhu, yuanzhang. He felt it was so tasty. The next year, when he became the new emperor, he appraised for the cake and renamed it as “Jiujia Clay oven rolls”.  How to make Mount Huangshan Clay oven rolls First, make the favorite stuffing with pork and dried vegetable and then mixed with butter and egg.  Mix 10g sugar, 30 g oil, 60g water, 100g flour, and 1/5 spoon baking powder for keeping rest 20 minutes.  Paste the mix butter on one side of the flour skin.  Roll around the buttered flour skin  Make the flour skin even  Cut the flour skin into pieces and press into round cake with stuffing Brush oil on top with sesame seeds and bake the cake Roast the cake 40 minutes for temperature up and down both 200 degrees.  If you travel to Mount Huangshan, there is famous restaurant opposite to the Laojie. Buy it and share with friends and relatives, the most wonderful thing. 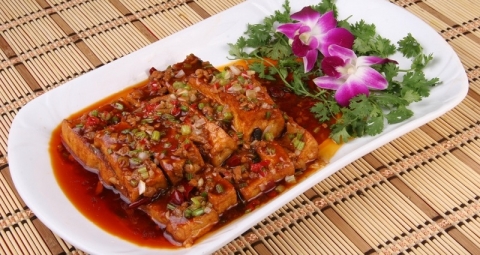 Mouldy bean curd  Mouldy bean curd is one traditional snack of Huizhou (Current city Huangshan of province of Anhui). It is via a fermentation method of making the face of bean curd grow into white hair. After fermentation of bean curd, the vegetable protein grows into multi-amino acids, thus after cooking, it is so tasty.  There are a skin of thick pure and clean white hair wrapped around the best-quality mouldy bean curd, above which evenly dotted with black seeds named as “spore”, a token for mature mouldy bean curd. Mouldy bean curd is a famous vegetable cuisine in province Anhui, named as Huangshan mouldy bean curd, and Huizhou mouldy bean curd. Using mouldy bean curd made by Anhui as main ingredient, after fried, mixed with onion, sugar, salt, meat soup and sauce. When served, with pepper, very tasty and enticing. It adds appetites and a famous gourmet of district Anhui. Except deep fried, it is good for boiling in hot oil or roasting too.  Mouldy bean curd is a whole protein food which contains eight needy amino-acids with a ratio close to body needs. It has high nutritious values and good for decrease blood-fat, protect AC, predict angiocardiopathy. Additionally bean curd is good for aftercare, losing-weight and smooth-skin.  The key manufacturing ingredients for the dish is fresh water and beans. The bean is very round, without any bad and a completely green food. The water needs to be the mineral water with rich mineral, and taste sweet. The key manufacture step is to brine made by self-made fermented sour water. Though sour material can make the bean protein freeze, self-made fermented sour water can made the microbe little by little flow into as the seeds buried into Tofu while adding more and more self-made fermented sour water , then freeze. Grind the best quality bean and mineral water, while heating, while adding more self-made fermented sour water, freeze to syrup. Pour the freeze syrup into container with leakage, squeezed into shape. The bean curd is finished. Cut tofu into pieces and lies above the bamboo strip and put them into wet and gloomy condition, it usually takes 5 to 6 days for growing into hairy according to different temperature.  There is a fable regarding the Mouldy bean curd. It is once said Zhu, yuanzhang escaped to Huizhou, and ran to Xiuning, felt starving and asked for seeking food. Someone got the bean curd hidden in the grass, but the bean curd had grown into hair after fermentation. Without any other foods, the hairy bean curd had to been roasted above the fire and served to Zhu, yuanzhang. Unexpected the bean curd was very fresh and made Zhu, yuanzhang quite happy. After defeated the enemy, Zhu, yuanzhang asked the cook for cooking this dish for soldiers. Mouldy bean curd had been passed around since then. 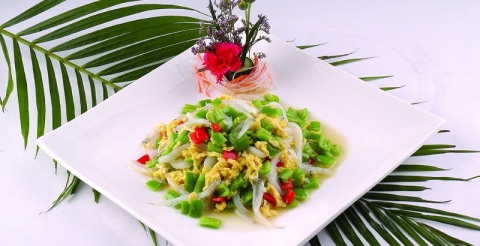 Chaohu whitebaite  Chaohu whitebaite was named as “Huicanyu”, “yuyuyu”, “baixiao” and “bingyu” and is ranked as the queen of fish. Because of its thin, silver-like and transparent body, thus got the name. Chaohu whitebaite grows from one of five fresh water lake “chaohu”.  Chaohu whitebait has thin and long body, pure and white as silver, fresh and tasty. It is around 5cm long, the body is long and flat, transparent, without scalp with big eyes and short mouth. Whitebaite is a fish floating on top of water, spawn in early spring of March and April, dead after spawn. The children whitebaite grows one or two months for mature and in April it is the peak season for fishing.  Chaohu whitebaite is a famous fresh water fish, a very precious species of Chaohu. The whitebaite from winter is named as “zhitou whitebaite”. The whitebaite from spring is named as “haitiao whitebaite”. The whitebaite made in winter has more flesh and taste fresher than that from spring. Every February, March, April and fall is the natural breeding period of Chaohu whitebaite. After one or two month, the baby fish can mature. There are two fishing period, from middle May to June and from middle Sep to Middle October. The peak fishing period is the spring and fall.  Chaohu whitebaite egg flower soup, fried Chaohu whitebaite tofu, sauced Chaohu whitebaite, Chaohu whitebaite egg, fried Chaohu whitebaite & white cabbage all taste delicious. If getting rid of the head and tail of whitebaite, the taste of body syrup of Chaohu whitebaite is the same as crab syrup. If cutting shrimp and fat meat into minced pieces, adding with whitebaite, after steaming, it is similar to bird nestle which is so tender and fresh, oil, smooth but not greasy, a real gourmet.  Chaohu whitebaite can moisten lung, arrest cough, reinforce the spleen and the stomach, open the inhibited lung-energy and using diuretic of hydragogue to alleviate water retention. It can heal weakness of the spleen and the stomach, cough due to deficiency of the lung, and  deficiency disease. It has the effect of nourishing the stomach yin, and meridians. According to modern analysis, whitebaite is nutritious with rich calcium, high protein and low fat. Because whitebaite does not have fish bone and very fit for children. Whitebaite belong to whole dish and do not need to get rid of bone and fin, it is nutritious for enhancing immune function and longevity. Whitebaite is fit for Physical weakness, Indigestion person, inanition, cough due to deficiency of the lung, hyperlipidemia patients, weakness of the spleen and the stomach, and consumptive disease. Every 100g whitebaite provides heat 407 kilocalorie, almost 5-6 times of normal fish, with 761 milligram calcium, ranked as top of all fish.  There is a fable regarding the origin of the whitebaite. In Qin dynasty, Mengjiangnv travelled far for seeking her beloved husband. She could not find her husband and cried a lot. All her tears dropped into the lake and turned into the white whitebaite. Those whitebaite finally settled down in Chaohu. The big eyes of whitebaite are similar to the eyes of Mengjiangnv who was so anxious for meeting her husband.

Select Your Ideal Attractions in Huangshan 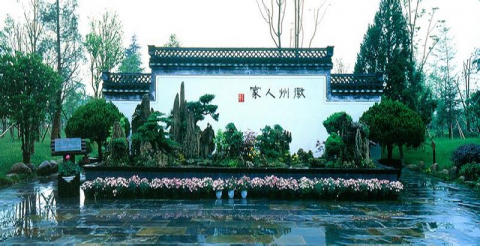 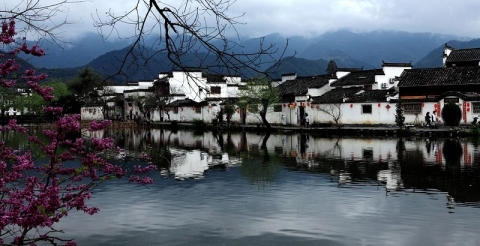 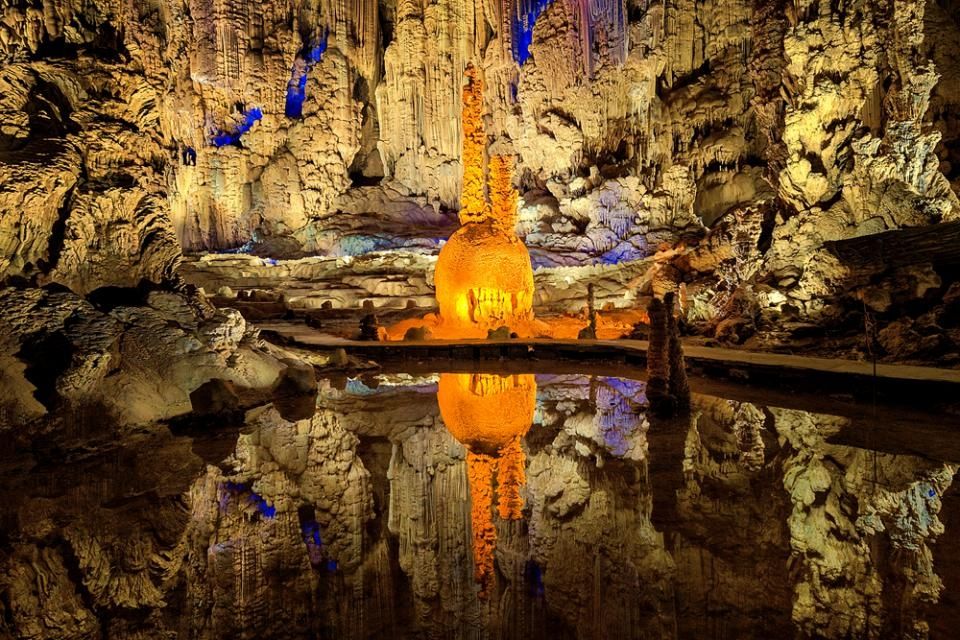 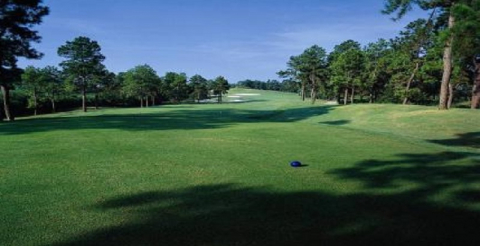 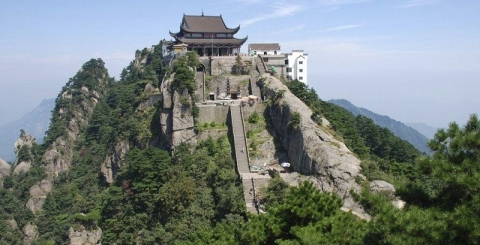 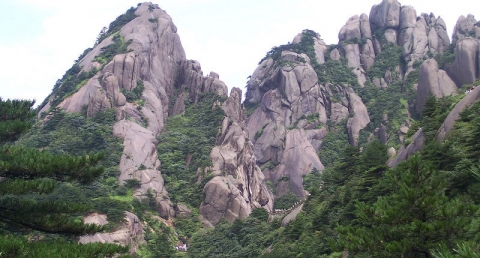 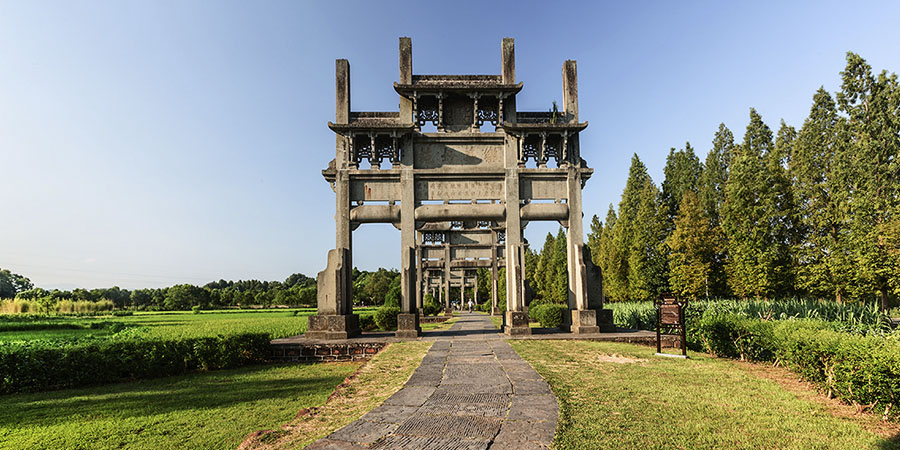 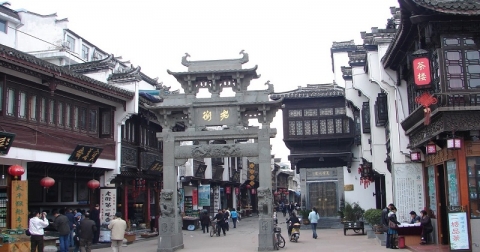 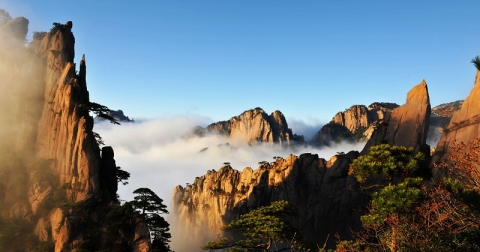 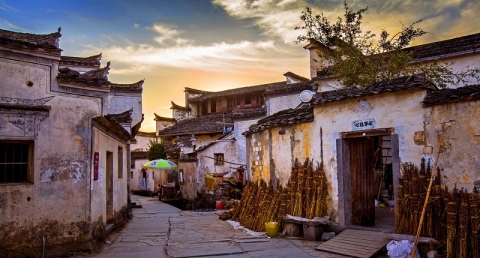