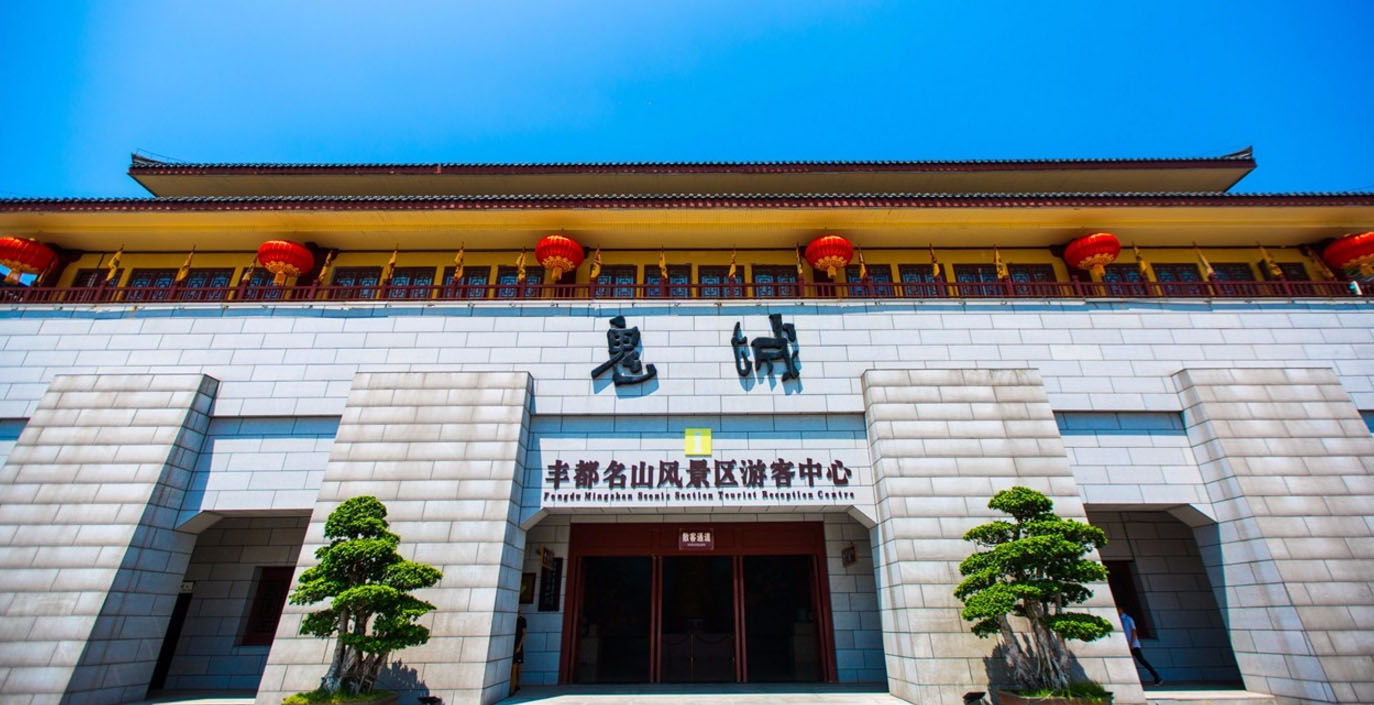 Fengdu Ghost City on Ming Mountain with a history of 1900 years,is located on the northern bank of the Yangtze downstream from Chongqing,it combines the cultures of Confucianism, Taoism and Buddhism with the mystique of ghosts.The Ghost City now has become one of the most popular shore excursion sites for many popular Yangtze Cruise Ships.

Located on the Ming Mountain on the northern bank of the Yangtze River, Fengdu County is known to most Chinese as the 'Ghost City'. Having nearly two thousand years' history, the Ghost City combines the cultures of Confucianism, Taoism and Buddhism with the mystique of ghosts. Many famous literary works like Journey to the West, Apotheosis of Heroes and Strange Tales of a Lonely Studio contain vivid references to Fengdu.

Fengdu got its name as the Ghost City in the Eastern Han Dynasty. Two officials from the imperial court Yin Changsheng and Wang Fangping decided to come to Ming Mountain to practice Taoist teachings. Through self-cultivation they became immortals. Combining their surnames produces the term "Yinwang" meaning the "king of hell." Later, during the Tang Dynasty, a stupendous temple was erected on Ming Mountain depicting life in hell. It displays demonic images and torture devices and reflects the notion that good people will be treated well in the afterlife and that bad people will be punished by going to hellIn the Chinese vision of the afterlife, the dead must undergo three major tests to enter the. These tests are taken at three locations - Nothing-To-Be-Done-Bridge; Ghost Torturing Pass and the Tianzi (son of heaven) Palace. These three locations are amongin this scenic area.

Built during the Ming Dynasty, the bridge connects thewith the real world and is a testing point for good and evil. According to legend, the Nothing-To-Be-Done-Bridge is composedthree identical stone arches. The middle arch is used for testing people. There are different protocols for crossing the bridge depending on your gender, age and marital status. Below the bridgesquare-shaped pools of water. Virtuous people will pass over the bridge without obstacle; villainous people will fall into the pools below. The other two arches are called the golden and silver bridges respectively. When preparing to leave, visitors are encouraged to pass these two bridges because according to local superstition this will bring them good fortune.

It is the second test before entry into the nether world. It is said that this is the place where the dead report to the Yama, the King of Hell, for judgment. In front of theare eighteen sculptures depicting ferocious demons. Each of these devils is quite lifelike creating a feeling of true.

Having over three hundred years' history the palace covers an area of nearly 2,908 square yards. It is composed of a temple gate () and the palace itself. The gate is an archway made of wood and stone rising toof nearly 33 feet. The palace is the nerve center of this scenic area and is the oldest and largest temple on Ming Mountain.

The third test tohell takes placea large stone in front of the gate. The ghost must stand on the stone on one foot for three minutes. A good person will be able to do this while an evil oneand will be sent to hell.

One other ghostly attraction in Fengdu worth mentioning is the Last-Glance at Home Tower. This structure was built in 1985 and commemorates the site where spirits consigned to hell could take one last look at their families.

Visitors coming here will marvel at theof ancient craftsman, the unique styles of architecture and the culture of the ghost. Whatever your beliefs, you are constantly reminded the "Good will be rewarded with good, and evil with evil." A major highlight here is the annual temple fair every March 3 - 5 featuring all kinds of folk activities and performances. 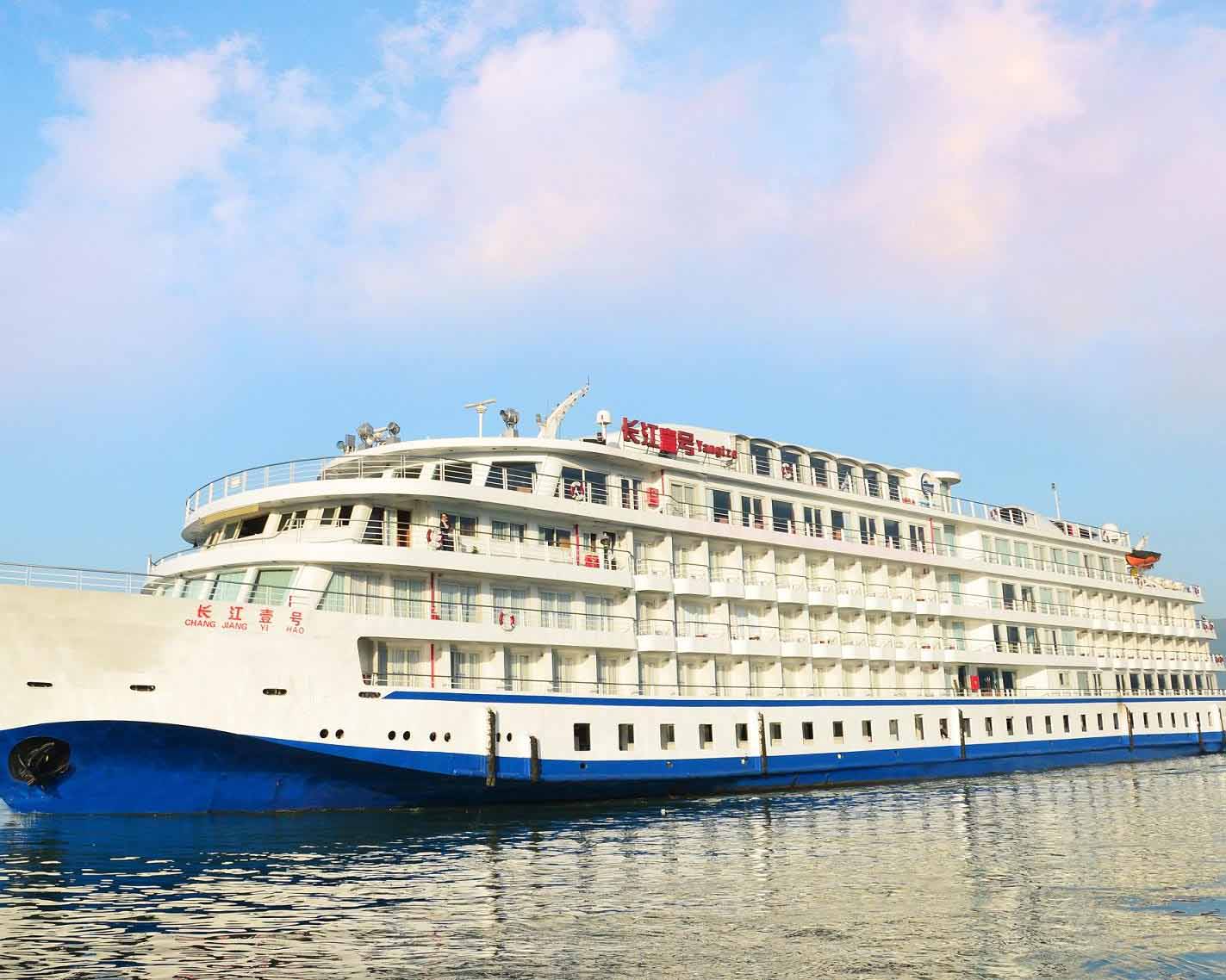 Join this popular 4 days 3 nights Yangtze River cruise tour from Chongqing to Yichang, enjoy a relaxing trip in China and view the amazing scenery along the way, explore the historical sites such as Shibaozhai Pogoda, Three Gorges Dam etc, best cruise facilities and various interesting activities for having fun. 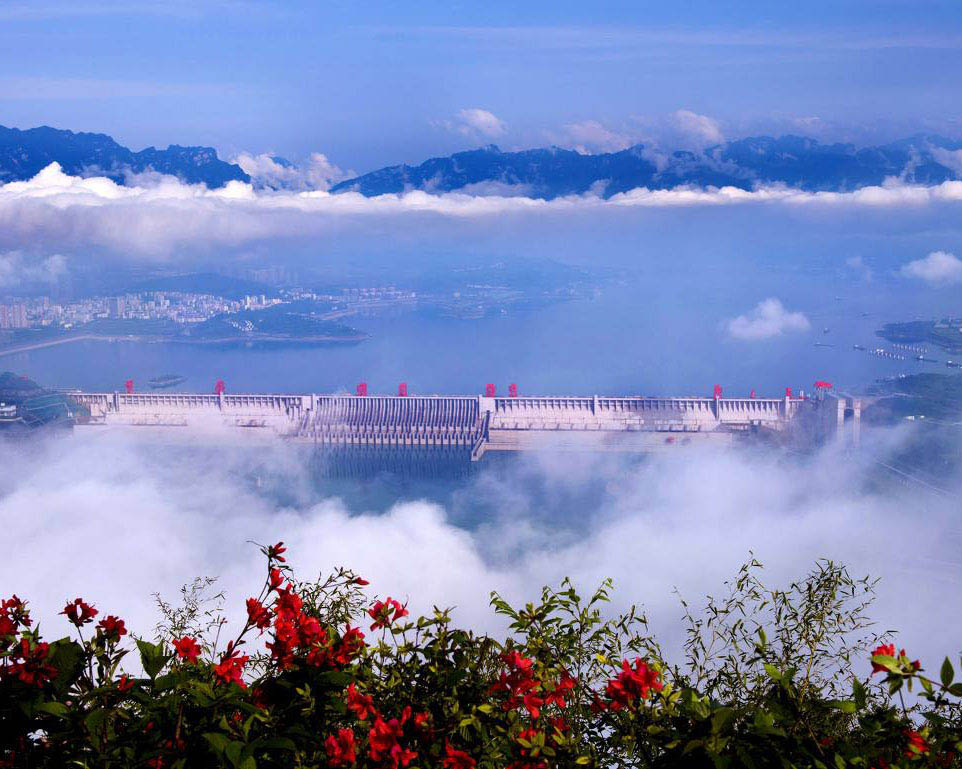 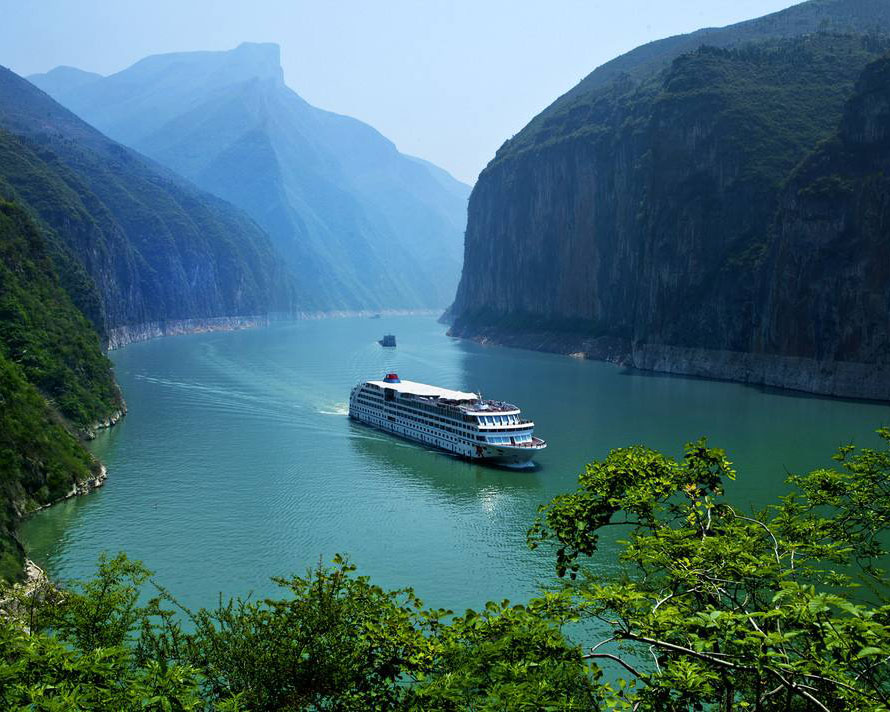 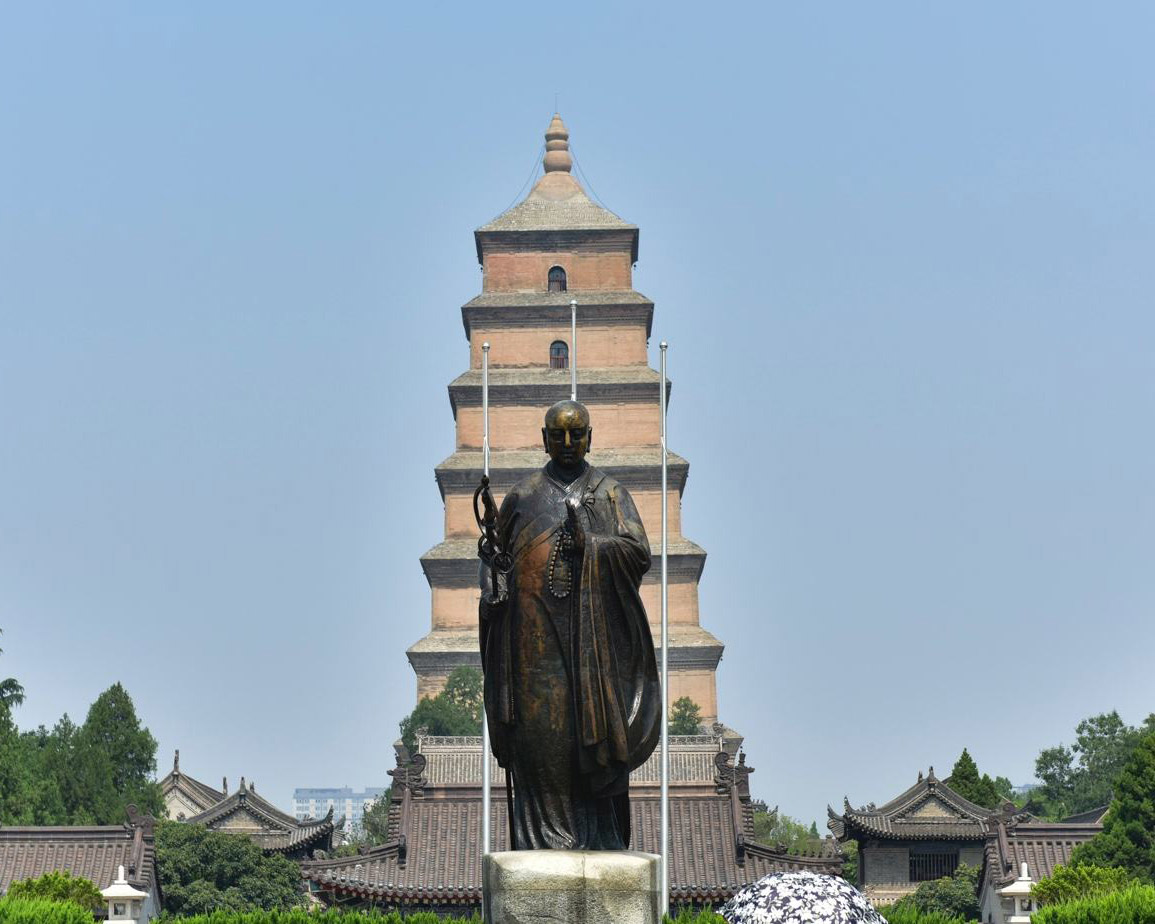 On this tour experience the Terracotta Warriors, Big Wild Goose Pagoda, Xi'an City Wall, Shaanxi History Museum and savor a delicious food on Muslim Street in Xi'an, a city with rich historical relics. Then enjoy the luxurious Yangtze River Cruise, and admire the picturesque scenery along the way. 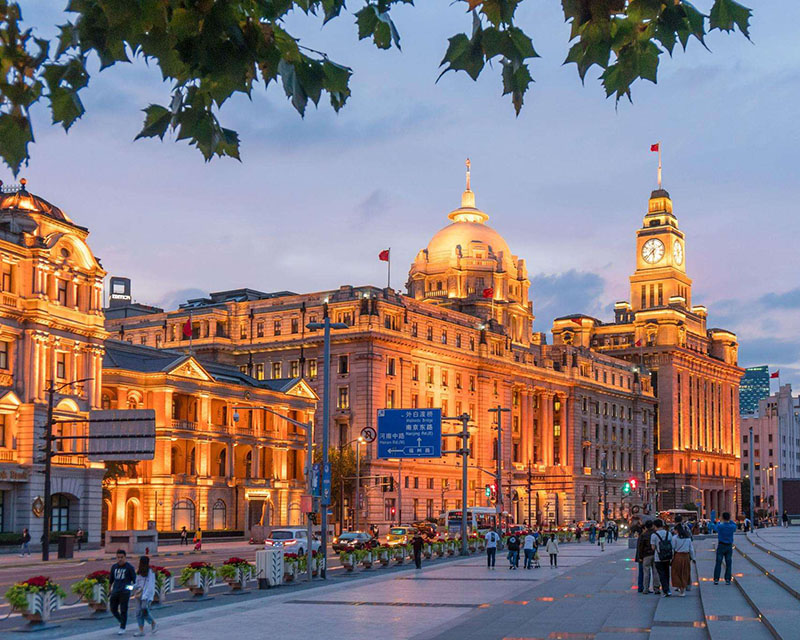 Experience the prosperous Shanghai and incredible 3D transportation Mountain City-Chongqing, view the enchanting view on a 5-star comfortable Yangtze River cruise. This all-inclusive considerate private tour will remove all your worries and enjoy the beauty of China thoroughly! 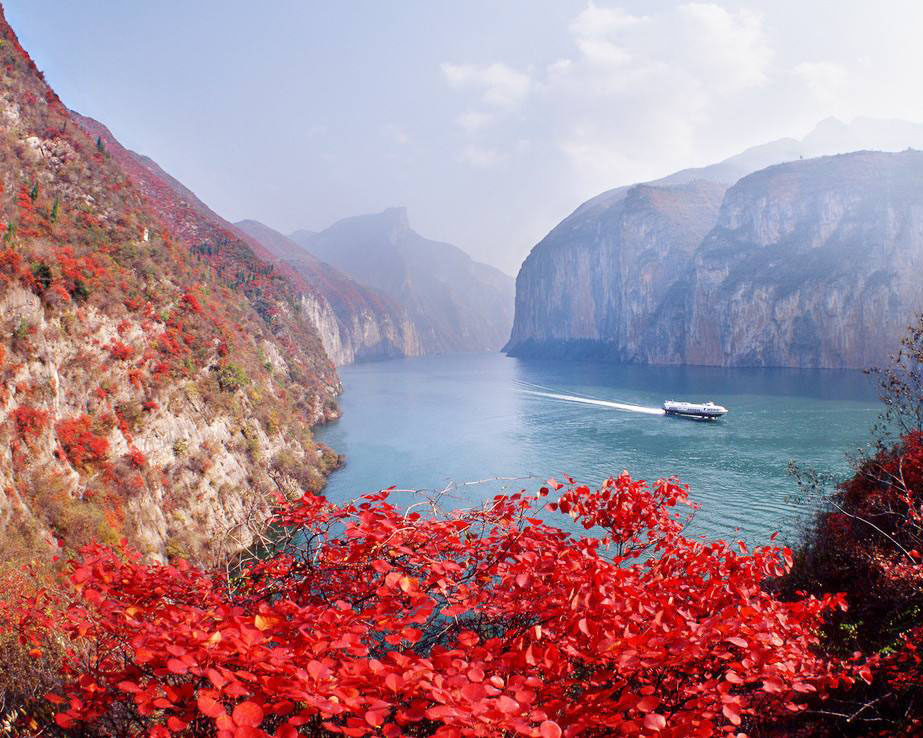 Welcome to your romantic honeymoon in China. Deluxe and romantic accommodations, considerate itinerary and unexpected surprises are all included on this tour. Explore both ancient cultures and enjoy a prosperous modern life. Your informative guides will show you around not only to the most classic spots, but also take you for a genuine local experience by visiting adorable giant pandas and local markets. Besides, the high-speed train from Beijing to Xian and cruise on Yangtze River will refresh yourself with new experience en route.