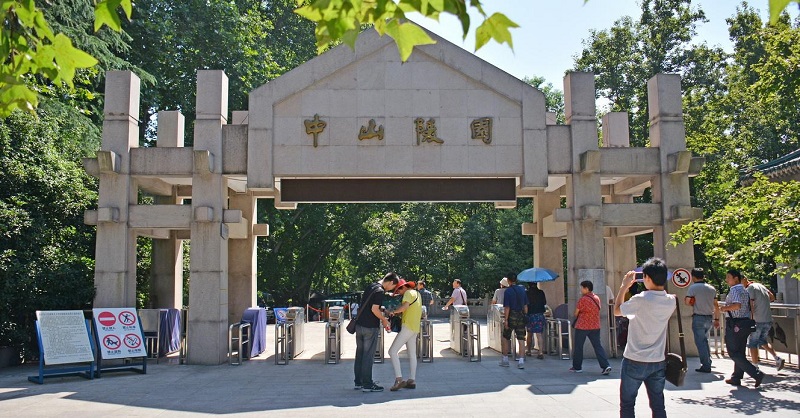 As the mausoleum of Dr. Sun Yat-sen, the father of the Republic of China, it is considered the Holy land of Chinese people both home and abroad. With deep historical significance, magnificent architecture and beautiful scenery, it is a must see when visiting Nanjing.

Covering an area of 80,000 square meters (about 20 acres), Dr. Sun Yat-sen's Mausoleum is located in the Zhong Mountain Scenic Area in the east suburb of Nanjing City, Jiangsu Province. As the mausoleum of Dr. Sun Yat-sen, the father of the Republic of China, it is considered the Holy land of Chinese people both home and abroad. With deep historical significance, magnificent architecture and beautiful scenery, it is a must see when visiting Nanjing. 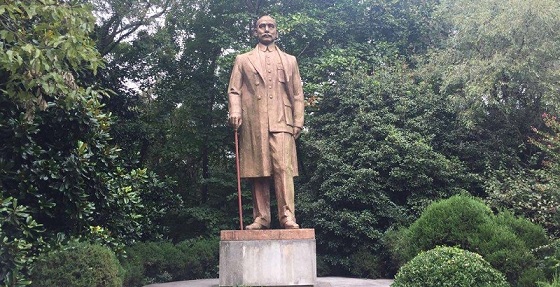 Dr. Sun Yat-sen (1866-1925) was a great forerunner of the Chinese democratic revolution and led by Dr. Sun the Chinese people brought down the corrupt rule of the Qing Dynasty (1644-1911) and ended 2000 years of the feudal monarchy system, which led the people into a new age.

The majestic mausoleum's construction was started in 1926 and completed in 1929. The whole scenic area represents an alarm bell as seen from the air, symbolizing the noble spirit and heroic efforts of Dr. Sun Yat-sen's devotion to the Chinese people, fight of oppression and wining the independence of the country. Facing south, the structures, along with the mountain ascends gradually along with the central axis line running from south to the north and is regarded as the most outstanding mausoleum in the country's modern architectural history.

Traveling along the marble road, firstly you will arrive at half-moon square in the south of the Mausoleum. It is understated and modest, while endowing grandeur to the Mausoleum. Then at the entrance stands the great marble Paifang (memorial archway) on which is written 'Bo Ai' meaning 'love'. Through Paifang there is a Passway of 480 meters (about 1574 feet) long and 40 meters (about 131 feet) wide, on both sides of which stand orderly pine and cypresses trees. Continuing forward to the end of the Passway, there is the Frontispiece, standing some 16.5 meters (about 54 feet) high and 27 meters (about 88 feet) wide. The Frontispiece has three archways, each of which has a pair of symmetrical enchased copper gates. Four Chinese characters are inscribed on the lintel over the doorways written by Dr. Sun Yat-sen meaning 'the world is commonwealth', which fully explains the cause he struggled for during his life. Through the Frontispiece is a pavilion made of marble, in which a great stele, 9 meters (about 29 feet) high and 4 meters (about 13 feet) wide, was erected by Kuomintang in memory of Dr. Sun Yat-sen. On the stele there are carved just 24 Chinese characters and no epitaph as people think that there are no words capable of representing this giant of modern China. 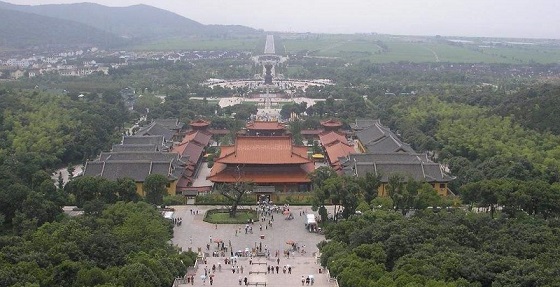 Through the Pavilion, climbing along the stairs upward, the Sacrificial Hall is your next encounter. Here is the highest place of the Mausoleum, some 158 meters (about 518 feet) high. The Sacrificial Hall is located in the center of this plateau. It is an Alhambresque construction combining the architectures of both China and the West and is 30 meters (about 98 feet) long, 25 meters (about 82 feet) wide and 29 meters (about 95 feet) high. Around the Sacrificial Hall, there are two 12.6-meter-high (about 41 feet) Huabiao, ornamental columns like those in Tiananmen Square. Entering the Hall, a 4.6-meter-high stone statue of Dr. Sun Yat-sen sits in the center. He wears long gown with eyes facing forward, with an open book on his lap, demonstrating the wisdom of the great thinker. At the foot of the statue, there are six embossments exhibiting in vivid pictures Dr. Sun Yat-sen's glorious life and struggles in his revolution. The door of the tomb is in the center of the back wall. The whole tomb is a hemispherical in shape, with the marble coffin of Dr. Sun Yat-sen set in the center of the chamber. His white marble statue rests atop the rectangle coffin, under which this historical giant forever sleeps.

Around the Mausoleum there are many memorial buildings such as the Zhengqi Pavilion, Open-air Music Hall, Waxwork Home of Democratic Revolution, the Sun Yat-sen Museum and so on. 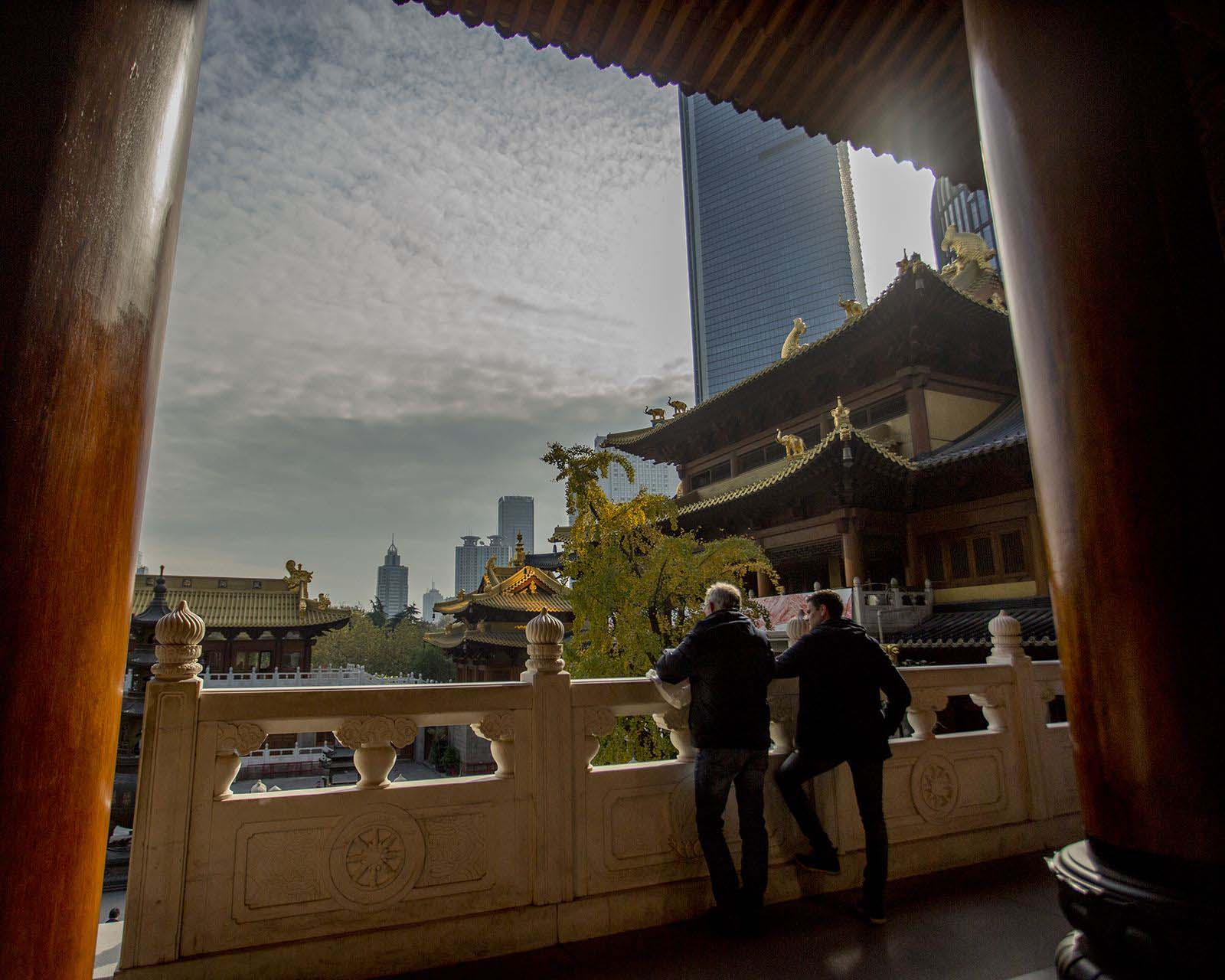 On this tour, you are able to explore four main cities in the province of Jiangsu from Shanghai. In the garden city of Suzhou, you'll experience the famous Tiger Hill, Master of Nets Garden and Humble Administrator's Garden. In prosperous Wuxi, you can explore the dazzling Turtle Head Park, Taihu Lake and the Three Kingdom Movie Site. In the beautiful and elegant Yangzhou, discover Slender West Lake and Geyuan Garden. In historical Nanjing, sightsee Dr. Sun Yat-sen's Mausoleum, Xiaoling Mausoleum of Ming Dynasty and Confucian Temple. You'll find it is an exciting journey to explore those top attractions in the wealthy provinces in China! 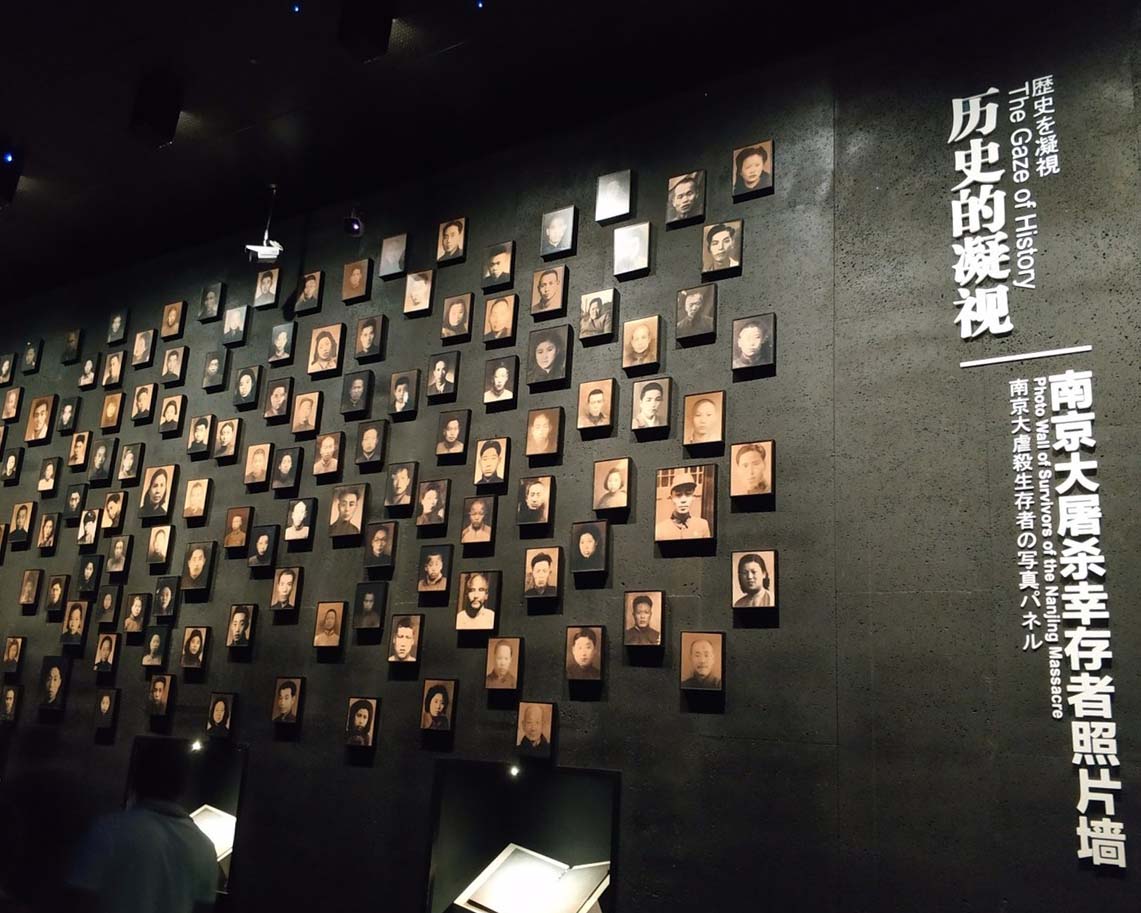 This Nanjing highlight day tour bring travelers to explore Chinese history from two famous tombs-Sun Yet-sen Mausoleum and Xiaoling Mausoleum of Ming Dynasty, as well as one memorial hall for victims of Nanjing Massacre, which depicted a gruesome and inhuman savage carried out by the Japanese Imperial army. Accompanied by a knowledgeable tour guide and get full attention on Chinese history dating back to ancient and modern times. 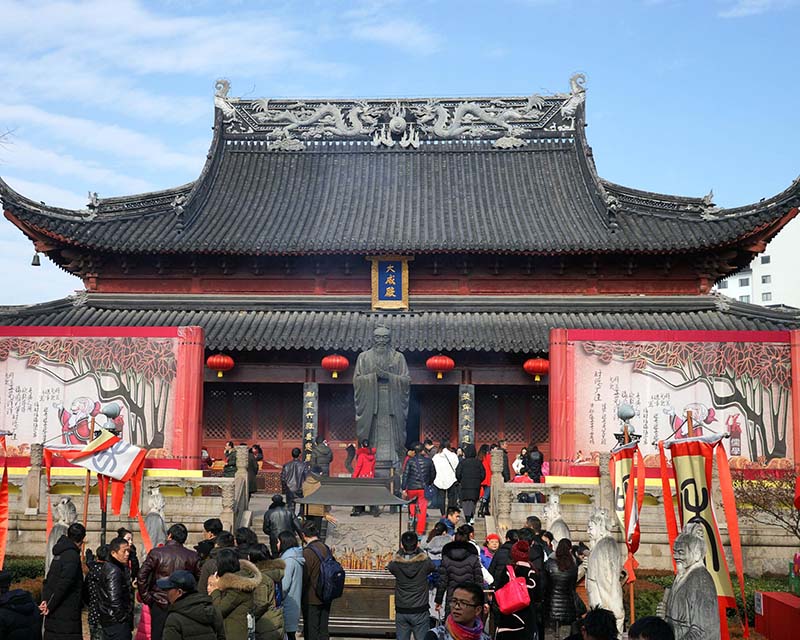 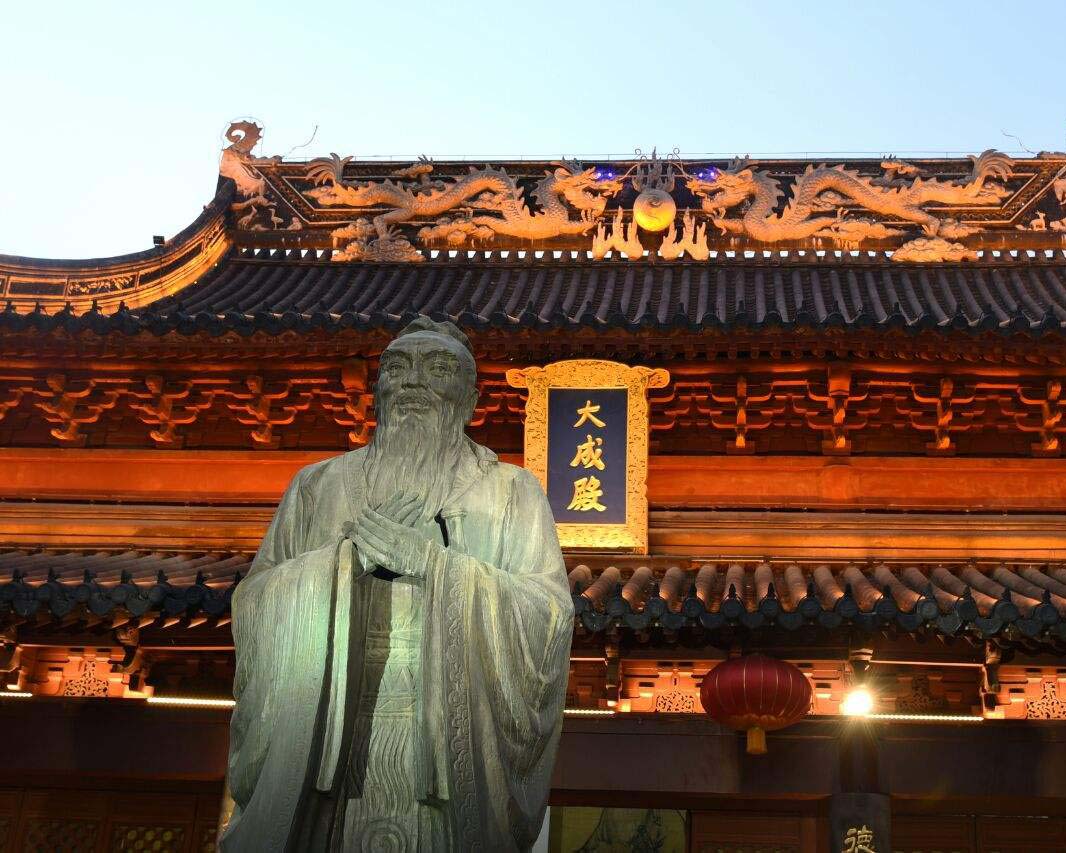 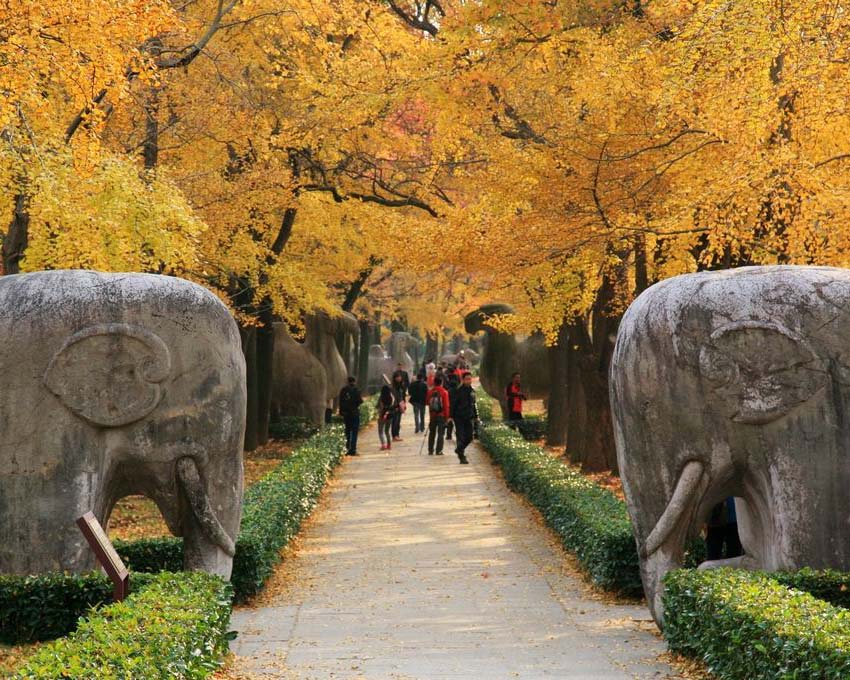 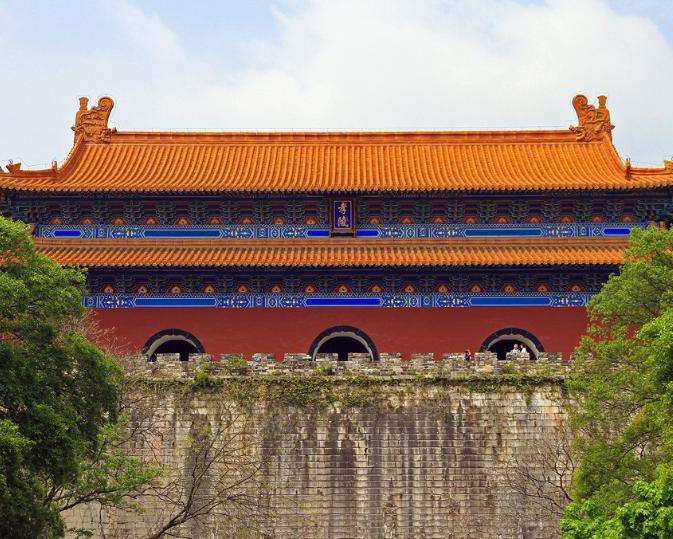